Vera; Or, The Nihilists

Vera; Or, The Nihilists was the first play written by Oscar Wilde. It was also the first to be performed and premiered in 1883 in New York. Set in Russia, the play tells the story of Vera Sabouroff, a barmaid in her father's tavern, who starts working with the Nihilists, a gang of terrorists who are trying to kill the Tsar. After becoming the group's top assassin, she falls in love with one of the other members. However, this member is hiding his true identity and when the truth comes out, Vera ends up facing a terrible dilemma. Based loosely on the life of Russian socialist activist Vera Zasulich, the play was not a success when it was first written and was never performed in London - closing after only one week. Critics were divided with some saying it was 'the noblest contribution to its literature the stage has received in many years' -and others saying the play was 'long-drawn dramatic rot'.

This book has 42 pages in the PDF version, and was originally published in 1883.

Production notes: This ebook of Vera; Or, The Nihilists was published by Global Grey on the 23rd August 2021. The artwork used for the cover is 'Portrait of E. A. Anikeeva' by Alexey Alexandrovich Vasiliev. 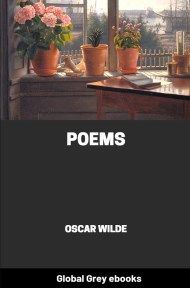 Excerpt from 'Vera; Or, The Nihilists'

Large door opening on snowy landscape at back of stage.

Peter (warming his hands at a stove). Has Vera not come back yet, Michael?

Mich. No, Father Peter, not yet; 'tis a good three miles to the post office, and she has to milk the cows besides, and that dun one is a rare plaguey creature for a wench to handle.

Peter. Why didn't you go with her, you young fool? she'll never love you unless you are always at her heels; women like to be bothered.

Mich. She says I bother her too much already, Father Peter, and I fear she'll never love me after all.

Peter. Tut, tut, boy, why shouldn't she? you're young and wouldn't be ill-favoured either, had God or thy mother given thee another face. Aren't you one of Prince Maraloffski's gamekeepers; and haven't you got a good grass farm, and the best cow in the village? What more does a girl want?

Peter. Vera, my lad, has got too many ideas; I don't think much of ideas myself; I've got on well enough in life without 'em; why shouldn't my children? There's Dmitri! could have stayed here and kept the inn; many a young lad would have jumped at the offer in these hard times; but he, scatter-brained featherhead of a boy, must needs go off to Moscow to study the law! What does he want knowing about the law! let a man do his duty, say I, and no one will trouble him.

Mich. Ay! but Father Peter, they say a good lawyer can break the law as often as he likes, and no one can say him nay.

Peter. That is about all they are good for; and there he stays, and has not written a line to us for four months now—a good son that, eh?

Mich. Come, come, Father Peter, Dmitri's letters must have gone astray—perhaps the new postman can't read; he looks stupid enough, and Dmitri, why, he was the best fellow in the village. Do you remember how he shot the bear at the barn in the great winter?

Peter. Ay, it was a good shot; I never did a better myself.

Mich. And as for dancing, he tired out three fiddlers Christmas come two years.

Peter. Ay, ay, he was a merry lad. It is the girl that has the seriousness—she goes about as solemn as a priest for days at a time.

Mich. Vera is always thinking of others.

Peter. No, no, boy; no man could live if he took his neighbour's pack on his shoulders. (Enter Vera in peasant's dress.) Well, my girl, you've been long enough away—where is the letter?

Vera. There is none to-day, Father.

Peter. I knew it.

Vera. But there will be one to-morrow, Father.

Peter. Curse him, for an ungrateful son.

Vera. Oh, Father, don't say that; he must be sick.

Vera. How dare you say that of him, Father? You know that is not true.

Peter. Where does the money go, then? Michael, listen. I gave Dmitri half his mother's fortune to bring with him to pay the lawyer folk of Moscow. He has only written three times, and every time for more money. He got it, not at my wish, but at hers (pointing to Vera), and now for five months, close on six almost, we have heard nothing from him.

Vera. Father, he will come back.

Vera (sitting down pensive). Some evil has come on him; he must be dead! Oh! Michael, I am so wretched about Dmitri.

Mich. Will you never love any one but him, Vera?

Vera (smiling). I don't know; there is so much else to do in the world but love.

Mich. Nothing else worth doing, Vera.

Peter. What noise is that, Vera? (A metallic clink is heard.)

Vera (rising and going to the door). I don't know, Father; it is not like the cattle bells, or I would think Nicholas had come from the fair. Oh! Father! it is soldiers!—coming down the hill—there is one of them on horseback. How pretty they look! But there are some men with them with chains on! They must be robbers. Oh! don't let them in, Father; I couldn't look at them.

Peter. Men in chains! Why, we are in luck, my child! I heard this was to be the new road to Siberia, to bring the prisoners to the mines; but I didn't believe it. My fortune is made! Bustle, Vera, bustle! I'll die a rich man after all. There will be no lack of good customers now. An honest man should have the chance of making his living out of rascals now and then.

Vera. Are these men rascals, Father? What have they done?

Peter. I reckon they're some of those Nihilists the priest warns us against. Don't stand there idle, my girl.

Vera. I suppose, then, they are all wicked men.

(Sound of soldiers outside; cry of "Halt!" enter Russian officer with a body of soldiers and eight men in chains, raggedly dressed; one of them on entering hurriedly puts his coat above his ears and hides his face; some soldiers guard the door, others sit down; the prisoners stand.)

Colonel (pointing to Nihilists). Give these men some bread and water.

Peter (to himself). I shan't make much out of that order.

Colonel. As for myself, what have you got fit to eat?

Peter. Some good dried venison, your Excellency—and some rye whisky.

Peter. Why, more whisky, your Excellency.

Colonel. What clods these peasants are! You have a better room than this?

Colonel. Bring me there. Sergeant, post your picket outside, and see that these scoundrels do not communicate with any one. No letter writing, you dogs, or you'll be flogged for it. Now for the venison. (To Peter bowing before him.) Get out of the way, you fool! Who is that girl? (sees Vera).

Peter. My daughter, your Highness.

Colonel. Can she read and write?

Colonel. Then she is a dangerous woman. No peasant should be allowed to do anything of the kind. Till your fields, store your harvests, pay your taxes, and obey your masters—that is your duty.