Tarzan and the Castaways 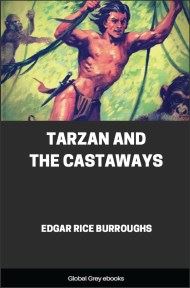 This book has 191 pages in the PDF version, and was originally published in 1965.

Production notes: This ebook of Tarzan and the Castaways was published by Global Grey in 2018.