Chapters include: Esotericism And Modern Thought; The Fourth Dimension; Superman; Christianity And The New Testament; The Symbolism Of The Tarot; What Is Yoga?; On The Study Of Dreams And On Hypnotism; Experimental Mysticism; In Search Of The Miraculous; A New Model Of The Universe; Eternal Recurrence And The Laws Of Manu; and, Sex And Evolution.

This book has 664 pages in the PDF version. This translation by R. R. Merton was originally published in 1934.

Excerpt from 'A New Model of the Universe'

ONE of the American reviewers of the first edition of the "New Model of the Universe" remarks that two ideas in this book presented particular difficulties for him: the idea of esotericism and the idea of the psychological method.

It cannot be denied that, in general, these ideas are very far from modern thought.

But as there is no sense in reading my book without having some conception of the meaning of these two ideas I will try here to show ways of approach to them.

First of all both ideas need the recognition of the fact that human thought can work on very different levels.

The idea of esotericism is chiefly the idea of higher mind. To see clearly what this means we must first of all realise that our ordinary mind (including the mind of a genius) is not the highest possible order of human mind. The human mind can rise to a level almost inconceivable for us, and we can see the results of the work of higher mind, those most accessible to us in the Gospels, and then in Eastern Scriptures: in the Upanishads, in the Mahabharata; in works of art such as the Great Sphinx at Gizeh, and in other memorials though they are few in literature and art. The true valuation of the meaning of these and similar memorials and the realisation of the difference between them and others which have been created by ordinary man, or even by a genius, needs experience, knowledge and a special training of the mind and perception and, perhaps, special faculties not possessed by everyone. In any case nothing can be proven.

So that the first step towards understanding the idea of esotericism is the realisation of the existence of a higher mind, that is, a human mind, but one which differs from the ordinary mind as much as, let us say, the mind of an intelligent and educated grown up man differs from the mind of a child of six. A genius is only a " Wunderkind ". A man of higher mind possesses a new knowledge which ordinary man., however clever and intelligent, cannot possess. This is esoteric knowledge.

Whether people of higher mind exist now and have existed always, or whether they appear on earth only at long intervals, is immaterial. The important point is that they exist and that we can come into contact with their ideas and, through these ideas, with esoteric knowledge. This is the essence of the idea of esotericism.

We can see different levels of thought in ordinary life. The most ordinary mind, let us call it the logical mind, is sufficient for all the simple problems of life. We can build a house with this mind, obtain food, know that two and two make four, that the " Volga falls into the Caspian Sea " and that " horses eat oats and hay ". So that in its proper place the logical mind is quite right and quite useful. But when the logical mind meets with problems which are too big, and when it does not stop before them but starts out to solve them, it inevitably falls down, loses touch with reality and becomes in fact " defective ". To this " defective mind " and " defective method " of observation and reasoning humanity owes all superstitions and false theories beginning with the "devil with a goose's foot" and ending with marxism and psychoanalysis.

But a logical mind which knows its limitedness and is strong enough to withstand the temptation to venture into problems beyond its powers and capacities becomes a " psychological mind ". The method used by this mind, that is, the psychological method, is first of all a method of distinguishing between different levels of thinking and of realising the fact that perceptions change according to the powers and properties of the perceiving apparatus. The psychological mind can see the limitations of the " logical mind " and the absurdities of the " defective mind "— it can understand the reality of the existence of a higher mind and of esoteric knowledge, and see it in its manifestations. This is impossible for a merely logical mind.

If a man of logical mind hears about esotericism he will at once want to know where the people are who belong to the esoteric circle. who has seen them, and when and how he can see them himself. And if he hears that for him this is not possible he will then say that it is all nonsense and that no esoteric circle exists at all. Logically he will be quite right. But psychologically it is clear that with such demands he will not go far in his acquaintance with esotericism. A man has to be prepared, that is, he must realise the limitedness of his own mind and the possibility of the existence of another, better, mind.

Nor will esoteric ideas, that is, ideas coming from higher mind, say much to a logical man. He will ask, for instance: "Where are the proofs that the Gospels were written by people of higher mind?"

Where indeed are the proofs? They are there, everywhere, in every line and in every word, but only for those who have eyes to see and ears to hear. But the logical mind can neither see nor hear beyond a very small radius or the most elementary things.

This limitedness of the logical mind renders it powerless even before quite simple problems of ordinary life once they go beyond the limits of its accustomed scale.

The man of logical mind who demands proofs for everything, at the present time, for instance, looks for the cause of the world economic and political crisis everywhere except where it actually lies. 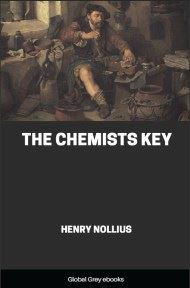 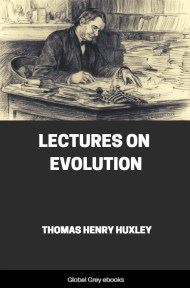 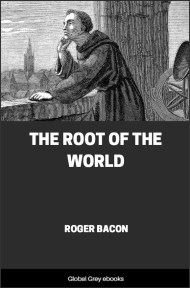