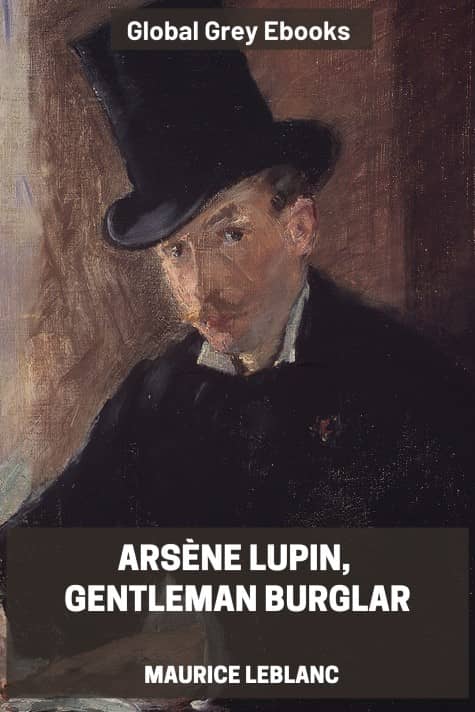 Arsène Lupin, Gentleman Burglar is the first collection of stories by Maurice Leblanc, featuring the gentleman thief and master of disguise, Arsène Lupin. The book contains nine short stories including: The Arrest of Arsène Lupin (in which Lupin boards a ship in order to steal from the passengers); Arsène Lupin in Prison (in which Lupin sends a letter to a Baron, telling him to send his valuables or he will steal them); The Escape of Arsène Lupin (in which Lupin outsmarts officials who believe he is planning an escape from prison); The Mysterious Traveller; The Queen’s Necklace; The Seven of Hearts; Madame Imbert’s Safe; The Black Pearl; and, Sherlock Holmes Arrives Too Late. The mention of Sherlock Holmes was changed to 'Herlock Sholmes' in subsequent publications after legal objections from Arthur Conan Doyle.

№ 1 in the Arsène Lupin series.

Production notes: This e-book of Arsène Lupin, Gentleman Burglar was published by Global Grey on the 12th November 2021. The artwork used for the cover is 'Chez Tortoni' by Édouard Manet.