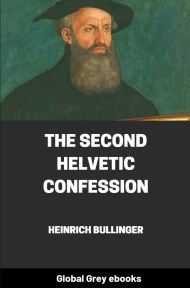 The Second Helvetic Confession was written by Heinrich Bullinger in 1562, and formed part of two documents that expressed the common belief of the reformed churches of Switzerland. After coming to the attention of Frederick III, it was translated into German and published. In early 1566, the churches of Switzerland were asked to sign the Confesson as a common statement of faith - it was seen as preferable to the overly-Lutheran statements of the Strasbourg Consensus. Eventually, it was adopted by Scotland, Hungary, France, Poland, and was also included in the United Presbyterian Church in the U.S.A.'s Book of Confessions.

This book has 101 pages in the PDF version, and was originally published in 1562.

Production notes: This ebook of The Second Helvetic Confession was published by Global Grey in 2019. 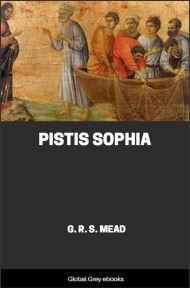