This is the first volume of Frank Harris' illustrated autobiography, My Life and Loves. There were four volumes in all, with a further fifth volume being published in 1963, although it probably wasn't authentic. The book is a graphic account of the author's sexual adventures as well as gossip about the sexual activities of the celebrities of his era. At one point, the book was banned in both the United States and Britain. Note: I'm not sure of the public domain status of the remaining three volumes, which is why I'm not putting them up right now.

This book has 296 pages in the PDF version, and was originally published in 1922.

Excerpt from 'My Life and Loves'

Here in the blazing heat of an American August, amid the hurry and scurry of New York, I sit down to write my final declaration of Faith, as a preface or foreword to the Story of my Life. Ultimately it will be read in the spirit in which it has been written and I ask no better fortune. My journalism during the war and after the Armistice brought me prosecutions from the Federal Government. The authorities at Washington accused me of sedition and though the third Postmaster General, Ex-Governor Dockery, of Missouri who was chosen by the Department as the Judge, proclaimed my innocence and assured me I should not be prosecuted again, my magazine (Pearson’s) was time and again held up in the post, and its circulation reduced thereby to one-third. I was brought to ruin by the illegal persecution of President Wilson and his Arch-Assistant Burleson, and was laughed at when I asked for compensation. The American Government, it appears, is too poor to pay for its dishonorable blunders.

I record the shameful fact for the benefit of those Rebels and Lovers of the Ideal who will surely find themselves in a similar plight in future emergencies. For myself I do not complain. On the whole I have received better treatment in life than the average man and more loving kindness than I perhaps deserved. I make no plaint.

If America had not reduced me to penury I should probably not have written this book as boldly as the ideal demanded. At the last push of Fate (I am much nearer seventy than sixty) we are all apt to sacrifice something of Truth for the sake of kindly recognition by our fellows and a peaceful ending. Being that “wicked animal”, as the French say, “who defends himself when he is attacked” I turn at length to bay, without any malice, I hope, but also without any fear such as might prompt compromise. I have always fought for the Holy Spirit of Truth and have been, as Heine said he was, a brave soldier in the Liberation War of Humanity: now one fight more, the best and the last.

There are two main traditions of English writing: the one of perfect liberty, that of Chaucer and Shakespeare, completely outspoken, with a certain liking for lascivious details and witty smut, a man’s speech: the other emasculated more and more by Puritanism and since the French Revolution, gelded to tamest propriety; for that upheaval brought the illiterate middle-class to power and insured the domination of girl-readers. Under Victoria, English prose literature became half childish, as in stories of “Little Mary”, or at best provincial, as anyone may see who cares to compare the influence of Dickens, Thackeray and Reade in the world with the influence of Balzac, Flaubert and Zola.

Foreign masterpieces such as “Les Contes Drolatiques” and “L’Assommoir” were destroyed in London as obscene by a magistrate’s order; even the Bible and Shakespeare were expurgated and all books dolled up to the prim decorum of the English Sunday-school. And America with unbecoming humility worsened the disgraceful, brainless example.

All my life, I have rebelled against this old maid’s canon of deportment, and my revolt has grown stronger with advancing years.

In the “Foreword” to “The Man Shakespeare” I tried to show how the Puritanism that had gone out of our morals had gone into the language, enfeebling English thought and impoverishing English speech.

At long last I am going back to the old English tradition. I am determined to tell the truth about my pilgrimage through this world, the whole truth and nothing but the truth, about myself and others, and I shall try to be at least as kindly to others as to myself.

Bernard Shaw assures me that no one is good enough or bad enough to tell the naked truth about himself; but I am beyond good and evil in this respect.

French literature is there to give the cue and inspiration: it is the freest of all in discussing matters of sex and chiefly by reason of its constant preoccupation with all that pertains to passion and desire, it has become the world literature to men of all races.

“Women and Love”, Edmond de Goncourt writes in his journal, “always constitute the subject of conversation wherever there is a meeting of intellectual people socially brought together by eating and drinking. Our talk at dinner was at first smutty (polissonne) and Tourgueneff listened to us with the open-mouthed wonder (l’étonnement un peu medusé) of a barbarian who only makes love (fait l’amour) very naturally (très naturellement).”

Whoever reads this passage carefully will understand the freedom I intend to use. But I shall not be tied down even to French conventions. Just as in painting, our knowledge of what the Chinese and Japanese have done, has altered our whole conception of the art, so the Hindoos and Burmese too have extended our understanding of the art of love. I remember going with Rodin through the British Museum and being surprised at the time he spent over the little idols and figures of the South Sea Islanders: “Some of them are trivial”, he said, “but look at that, and that, and that—sheer masterpieces that anyone might be proud of—lovely things!”

Art has become coextensive with humanity, and some of my experiences with so-called savages may be of interest even to the most cultured Europeans.

I intend to tell what life has taught me, and if I begin at the A. B. C. of love, it is because I was brought up in Britain and the United States; I shall not stop there.

Of course I know the publication of such a book will at once justify the worst that my enemies have said about me. For forty years now I have championed nearly all the unpopular causes, and have thus made many enemies; now they will all be able to gratify their malice while taking credit for prevision. In itself the book is sure to disgust the “unco guid” and the mediocrities of every kind who have always been unfriendly to me. I have no doubt too, that many sincere lovers of literature who would be willing to accept such license as ordinary French writers use, will condemn me for going beyond this limit. Yet there are many reasons why I should use perfect freedom in this last book. 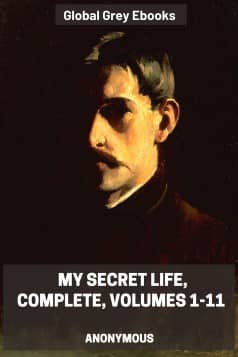 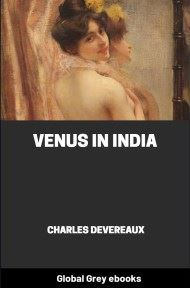 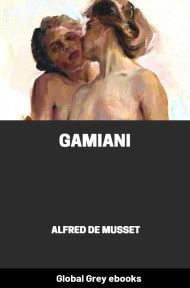 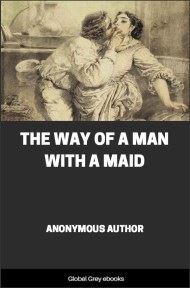 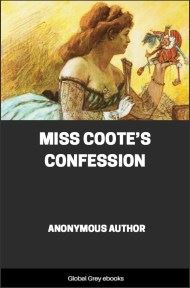 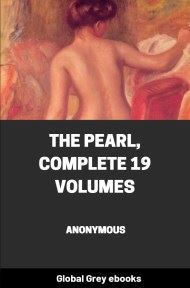