This book has 113 pages in the PDF version.

Magic might be called the science of superstition, or the "philosophy of the unknown," in a sense different from Hartmann’s. The Magi, a hereditary caste of Persian priests, first practised it in any systematic form. In the Bible we find soothsaying and sorcery denounced as magic; and the foretelling of the birth of Christ by the Wise Men of the East is a foremost illustration. Now-a-days we find the necromancy of the Greeks— the consultation of ghosts for prophecy—and the Chinese practice of receiving oracles from mediums and from the "descending pencil" imitated by the Spiritualists. Shakespeare introduces real magic recipes for the witches’ cauldron in "Macbeth;" and the instances of public divination by the Church of England, when general prayer for the victory of British bayonets against savage souls is indulged in, is of no higher order than the superstition of the stranger in the tea-cup, or absolute belief in faith-healing. At first, the priests were the magicians, and the researches of Tylor, as contained in his "Primitive Culture," tend to prove the association of ideas, which accounts for the development of magic, as Fontenelle declares myth developed, in the lowest state of a race’s history. When magic became separated from religion, we find the distinction of "Black" and "White." The former was a belief in supernatural powers, such as are now called "odic," "psychic," or "occult," and the latter a sort of tentative forerunner of the truths of science. Egypt, Babylonia, and Assyria brought magic into its pseudo-scientific stage, and extended it to the philosophic and theurgic forms, which are features in the science of the classics and the Jewish theology. "The growing knowledge of science and spiritual arithmetic," says one writer, "was carried so far as to indicate good deities by whole numbers, and evil demons by fractions."

Some of the best deceptions of the sorcerers of old were furnished by the science of acoustics. The imitation of thunder in the subterranean temples indicated the presence of a supernatural agent. The golden virgins, whose ravishing voices resounded through the temple of Delphos; the stone from the river Pactolus, whose trumpet-notes scared the robber from the treasure which it guarded; the speaking head of marble, which uttered its oracular responses at Lesbos; and the vocal statue of Memnon, which began at the break of day to accost the rising sun—were all artifices derived from science and from diligent observation of natural phenomena.

The principles of hydrostatics were equally available in the work of deception. Thus the marvellous fountain which Pliny describes in the island of Andros as discharging wine for seven days and water during the rest of the year; the spring of oil which broke out in Rome to welcome the return of Augustus from the Sicilian wars; the three empty urns which filled themselves with wine at the annual feast of Bacchus in the City of Elis; the glass tomb of Belus, which was full of oil, and which, when once emptied by Xerxes, could not again be filled; the weeping statues and perpetual lamps—these were all obvious effects of the equilibrium and pressure of fluids.

And the skill of the philosophers of antiquity in mechanics is unaccountably demonstrated by the Egyptian obelisks and the huge masses of transported stone raised to great heights in the erection of the temples, which are standing marvels till to day. The powers they employed and the mechanism by which they operated have been studiously concealed. Mechanical arrangements seemed to have formed a large part of their religious impostures. When in some of the infamous mysteries of ancient Rome the unfortunate victims were carried off by the gods, there is reason to believe that they were hurried away by the power of machinery; and when Appollonius, conducted by the Indian sages to the temple of their god, felt the earth rising and falling beneath his feet, like the agitated sea, he was, no doubt, placed upon a moving floor, capable of imitating the heavings of the waves. The rapid descent of those who consulted the oracle in the cave of Trophonius, the moving tripods which Appollonius saw in the temples, the walking statues at Antium and in the temples of Hierapolis, and the wooden pigeon of Archytas, are specimens of the mechanical resources of ancient magic.

But, of all sciences, perhaps optics has been the most fertile in marvellous expedients. The power of bringing the remotest objects within the grasp of the observer, and of swelling into gigantic magnitude the almost invisible bodies of the material world, never fails to inspire with astonishment even those who understood the means by which these prodigies were accomplished. The ancients, indeed, were not acquainted with those combinations of lenses and mirrors which constitute the telescope and the microscope; but they must have been familiar with the properties of glass to form erect and inverted images and objects. There is reason to think that they employed them to effect apparitions of their gods; and in some of the descriptions of the optical displays which hallowed their ancient temples we recognise all the transformations of the modern phantasmagoria.

In the allegorical and mythical tales of the Middle Ages a certain dread personage is always represented as taking a particular delight in cunning arrangement of human affairs. He is variously known as the Devil, Satan, Robin Goodfellow, etc., and he indeed seems to have been thought by some theologists to keep a pretty park well stocked with dead sea fruit for the delectation of travellers proceeding on the high road to that heated realm of his which is called by so different a name. Nor is it among the Christians alone that the intercession of some unseen third party was believed in, for we have traces in Greece, as well as in the East, of a like belief; and the Athenians were particularly suspicious of anything which seemed to betoken especial good luck. Extravagant favours of fortune were regarded as signs of impending mischief, and distrusted, as the gold casket was by the prudent Bassanio. Perhaps the story of the sirens is meant to point a moral of the same sort. However the introduction of this strange middleman be accounted for, the one great fact of all magic (which is not of Divine doing) is that "means" are adopted for its consummation. It would be blasphemy to argue by analogy and contrast mundane magic with that of the Deity; but this "middleman theory "—of which, by the way, the Spaniards have an idea in their popular proverb, "Where the Devil cannot go himself he sends an old woman"—will be shown to exercise as much effect in matters superstitious as it is credited with in the less poetical sphere of "life as she is lived." 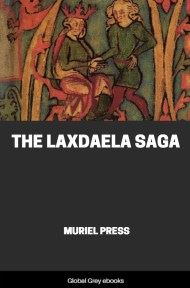 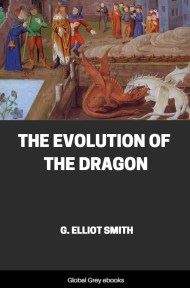 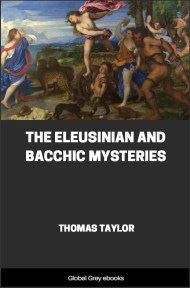 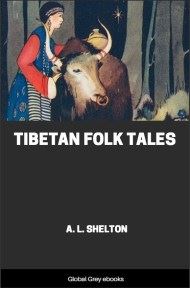