The Improvement of Human Reason 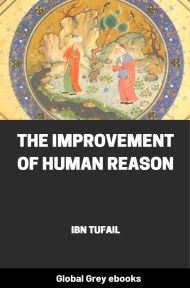 The Improvement of Human Reason (Hayy ibn Yaqdhan) by Ibn Tufail, is a Sufi allegorical tale first written in the early 12th century, about a young boy who grows up without the presence of humans. As he grows, he observes and learns from the animals and environment around him, until, aged 30, he meets another human.

This book has 103 pages in the PDF version. This translation by Simon Ockley was originally published in 1708.

Production notes: This ebook of The Improvement of Human Reason was published by Global Grey in 2019.