David Harum; A Story of American Life, is an 1898 novel, written by Edward Noyes Westcott, a retired New York banker. After being rejected by six publishers, it was finally published, albeit 6 months after the author's death. It follows the life of David Harum, a small town banker and horse trader. It was a best selling book in it's day, appealing to businessmen, who saw in the book, an approval of more relaxed business ethics than what they were used to seeing upheld in other literary publications of the day.

This book has 304 pages in the PDF version, and was originally published in 1898.

David poured half of his second cup of tea into his saucer to lower its temperature to the drinking point, and helped himself to a second cut of ham and a third egg. Whatever was on his mind to have kept him unusually silent during the evening meal, and to cause certain wrinkles in his forehead suggestive of perplexity or misgiving, had not impaired his appetite. David was what he called "a good feeder."

Mrs. Bixbee, known to most of those who enjoyed the privilege of her acquaintance as "Aunt Polly," though nieces and nephews of her blood there were none in Homeville, Freeland County, looked curiously at her brother, as, in fact, she had done at intervals during the repast; and concluding at last that further forbearance was uncalled for, relieved the pressure of her curiosity thus:

David lifted his saucer, gave the contents a precautionary blow, and emptied it with sundry windy suspirations.

"Done what thing?" she asked perplexedly.

"I telegraphed to New York," he replied, "fer that young feller to come on—the young man General Wolsey wrote me about. I got a letter from him to-day, an' I made up my mind 'the sooner the quicker,' an' I telegraphed him to come 's soon 's he could."

"I forgit what you said his name was," said Aunt Polly.

"There's his letter," said David, handing it across the table. "Read it out 'loud."

"You read it," she said, passing it back after a search in her pocket; "I must 'a' left my specs in the settin'-room."

The letter was as follows:

"Dear Sir: I take the liberty of addressing you at the instance of General Wolsey, who spoke to me of the matter of your communication to him, and was kind enough to say that he would write you in my behalf. My acquaintance with him has been in the nature of a social rather than a business one, and I fancy that he can only recommend me on general grounds. I will say, therefore, that I have had some experience with accounts, but not much practice in them for nearly three years. Nevertheless, unless the work you wish done is of an intricate nature, I think I shall be able to accomplish it with such posting at the outset as most strangers would require. General Wolsey told me that you wanted some one as soon as possible. I have nothing to prevent me from starting at once if you desire to have me. A telegram addressed to me at the office of the Trust Company will reach me promptly.

"Wa'al," said David, looking over his glasses at his sister, "what do you think on't?"

"The' ain't much brag in't," she replied thoughtfully.

"No," said David, putting his eyeglasses back in their case, "th' ain't no brag ner no promises; he don't even say he'll do his best, like most fellers would. He seems to have took it fer granted that I'll take it fer granted, an' that's what I like about it. Wa'al," he added, "the thing's done, an' I'll be lookin' fer him to-morrow mornin' or evenin' at latest."

Mrs. Bixbee sat for a moment with her large, light blue, and rather prominent eyes fixed on her brother's face, and then she said, with a slight undertone of anxiety, "Was you cal'latin' to have that young man from New York come here?"

"I hadn't no such idee," he replied, with a slight smile, aware of what was passing in her mind. "What put that in your head?"

"Wa'al," she answered, "you know the' ain't scarcely anybody in the village that takes boarders in the winter, an' I was wonderin' what he would do."

"The Eagil!" she exclaimed contemptuously. "Land sakes! Comin' here from New York! He won't stan' it there a week."

"Wa'al," replied David, "mebbe he will an' mebbe he won't, but I don't see what else the' is for it, an' I guess 'twon't kill him for a spell The fact is—" he was proceeding when Mrs. Bixbee interrupted him.

"I guess we'd better adjourn t' the settin'-room an' let Sairy clear off the tea-things," she said, rising and going into the kitchen.

"What was you sayin'?" she asked, as she presently found her brother in the apartment designated, and seated herself with her mending-basket in her lap.

"The fact is, I was sayin'," he resumed, sitting with hand and forearm resting on a round table, in the centre of which was a large kerosene lamp, "that my notion was, fust off, to have him come here, but when I come to think on't I changed my mind. In the fust place, except that he's well recommended, I don't know nothin' about him; an' in the second, you'n I are pretty well set in our ways, an' git along all right just as we be. I may want the young feller to stay, an' then agin I may not—we'll see. It's a good sight easier to git a fishhook in 'n 'tis to git it out. I expect he'll find it putty tough at first, but if he's a feller that c'n be drove out of bus'nis by a spell of the Eagle Tavern, he ain't the feller I'm lookin' fer—though I will allow," he added with a grimace, "that it'll be a putty hard test. But if I want to say to him, after tryin' him a spell, that I guess me an' him don't seem likely to hitch, we'll both take it easier if we ain't livin' in the same house. I guess I'll take a look at the Trybune," said David, unfolding that paper.

Mrs. Bixbee went on with her needlework, with an occasional side glance at her brother, who was immersed in the gospel of his politics. Twice or thrice she opened her lips as if to address him, but apparently some restraining thought interposed. Finally, the impulse to utter her mind culminated. "Dave," she said, "d' you know what Deakin Perkins is sayin' about ye?"

David opened his paper so as to hide his face, and the corners of his mouth twitched as he asked in return, "Wa'al, what's the deakin sayin' now?" 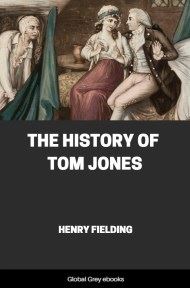 The History of Tom Jones, A Foundling 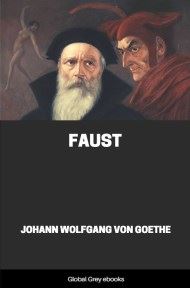 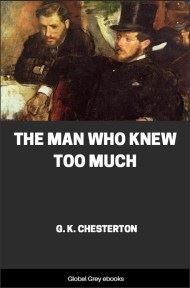 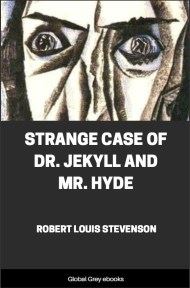 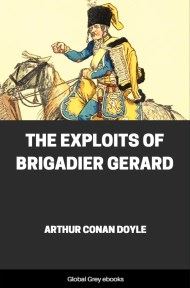 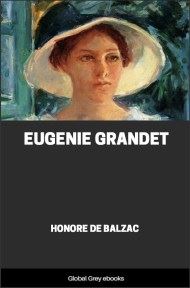