This is a collection of translations of Armenian literature from the middle ages, interspersed with poetry from the 19th century. In addition, there are a number of episodes from the chronicles of Moses of Khorene, a fifth century Armenian historian. The book concludes with a long essay by Aram Raffi which contextualizes the long history of Armenian literature. This essay also details the long religious history of Armenia, starting with an extended discussion of the ancient Pagan deities.

This book has 218 pages in the PDF version, and was originally published in 1916.

Excerpt from 'Armenian Legends and Poems'

SEVERED for many centuries from Western Europe by the flood of Turkish barbarism which descended upon their country in the Middle Ages, and subjected for the last two generations to oppressions and cruelties such as few civilised people have ever had to undergo, the Armenians have been less known to Englishmen and Frenchmen than their remarkable qualities and their romantic history deserve. Few among us have acquired their language, one of the most ancient forms of human speech that possess a literature. Still fewer have studied their art or read their poetry even in translations. There is, therefore, an ample field for a book which shall present to those Englishmen and Frenchmen, whose interest in Armenia has been awakened by the sufferings to which its love of freedom and its loyalty to its Christian faith have exposed it, some account of Armenian art and Armenian poetical literature. Miss Boyajian, the authoress of this book, is the daughter of an Armenian clergyman, whom I knew and respected during the many years when he was British Vice-Consul at Diarbekir on the Tigris. She is herself a painter, a member of that group of Armenian artists some of whom have, like Aïvazovsky and Edgar Chahine, won fame in the world at large, and she is well qualified to describe with knowledge as well as with sympathy the art of her own people.

That art has been, since the nation embraced Christianity in the fourth century of our era, chiefly ecclesiastical. The finest examples of ancient Armenian architecture are to be seen in the ruins of Ani, on the border where Russian and Turkish territory meet, a city which was once the seat of one of the native dynasties, while the famous church of the monastery of Etchmiadzin, at Vagarshabad, near Erivan, is, though more modern, a perfect and beautiful existing representative of the old type. Etchmiadzin, standing at the north foot of Mount Ararat, is the seat of the Katholikos, or ecclesiastical head of the whole Armenian church. There was little or no ecclesiastical sculpture, for the Armenian church discouraged the use of images, and fresco painting was not much used for the decoration of churches; missals, however, and other books of devotion and manuscripts of the Bible were illuminated with hand paintings, and adorned with miniatures; and much skill and taste were shown in embroideries. Metal work, especially in silver and in copper, has always been a favourite vehicle for artistic design in the Near East and is so still, though like everything else it has suffered from the destruction, in repeated massacres, of many of the most highly skilled artificers.

One of the most interesting features in the history of Armenian art is that it displays in its successive stages the various influences to which the country has been subject. Ever since it became Christian it was a territory fought for by diverse empires of diverse creeds. As in primitive times it lay between Assyria on the one side and the Hittite power on the other, so after the appearance of Islam it became the frontier on which the East Roman Christian Empire contended with the Muslim Arab and Turkish monarchies. Persian influences on the East, both before and after Persia had become Mohammedan, here met with the Roman influences spreading out from Constantinople. The latter gave the architectural style, as we see it in those ecclesiastical buildings to which I have referred, a style developed here with admirable features of its own and one which has held its ground to the present day. The influence of Persia on the other hand was seen in the designs used in embroidery, in carpets, and in metal work. The new school of painters has struck out new lines for itself, but while profiting by whatever it has learnt from Europe, it retains a measure of distinctive national quality.

That quality is also visible in Armenian poetry of which this volume gives some interesting specimens. The poetry of a people which has struggled against so many terrible misfortunes has naturally a melancholy strain. But it is also full of an unextinguishable patriotism. Those who have learnt from this book what the Armenian race has shown itself capable of doing in the fields of art and literature, and who have learnt from history how true it has been to its Christian faith, and how tenacious of its national life, will hope that the time has now at last come when it will be delivered from the load of brutal tyranny that has so long cramped its energies, and allowed to take its place among the free and progressive peoples of the world. It is the only one of the native races of Western Asia that is capable of restoring productive industry and assured prosperity to these now desolated regions that were the earliest homes of civilisation. 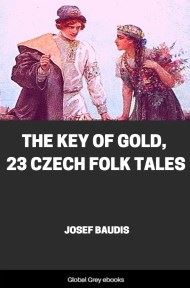 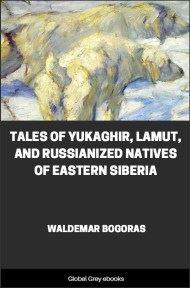 The Eskimo of Siberia