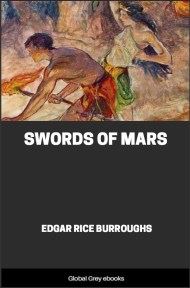 This is the eighth book in the Barsoom Series. John Carter reprises his role of hero as he vows to bring an end to the Assassins Guild. He ventures in disguise to the city of Zodanga in a fierce attempt to overthrow Ur Jan, the leader of the Assassins. His adventures embroil him in the rivalry of two competing scientist-inventors, and eventually leads him to the nearer Martian moon in order to rescue his kidnapped wife, Dejah Thoris. Interesting side note: The first letter of the preface and the subsequent twenty-four chapters of the book form an acrostic message from the author to his second wife Florence. The message reads "To Florence with all My Love Ed."

№ 8 in the Barsoom series.

This book has 246 pages in the PDF version, and was originally published in 1936.

Production notes: This ebook of Swords of Mars was published by Global Grey in 2018.

The Warlord of Mars

The Chessmen of Mars

The Master Mind of Mars 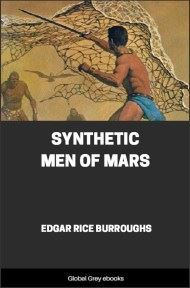