The Slaves of Paris

The Slaves of Paris, first published in 1868, is a detective novel by Émile Gaboriau, and the fourth book in the Monsieur Lecoq series. It contains two volumes: Caught In The Net, and The Champdoce Mystery.

№ 4 in the Monsieur Lecoq series.

This book has 624 pages in the PDF version, and was originally published in 1868.

Excerpt from 'The Slaves of Paris'

The cold on the 8th of February, 186-, was more intense than the Parisians had experienced during the whole of the severe winter which had preceded it, for at twelve o’clock on that day Chevalier’s thermometer, so well known by the denizens of Paris, registered three degrees below zero. The sky was overcast and full of threatening signs of snow, while the moisture on the pavement and roads had frozen hard, rendering traffic of all kinds exceedingly hazardous. The whole great city wore an air of dreariness and desolation, for even when a thin crust of ice covers the waters of the Seine, the mind involuntarily turns to those who have neither food, shelter, nor fuel.

This bitterly cold day actually made the landlady of the Hotel de Perou, though she was a hard, grasping woman of Auvergne, give a thought to the condition of her lodgers, and one quite different from her usual idea of obtaining the maximum of rent for the minimum of accommodation.

“The cold,” remarked she to her husband, who was busily engaged in replenishing the stove with fuel, “is enough to frighten the wits out of a Polar bear. In this kind of weather I always feel very anxious, for it was during a winter like this that one of our lodgers hung himself, a trick which cost us fifty francs, in good, honest money, besides giving us a bad name in the neighborhood. The fact is, one never knows what lodgers are capable of doing. You should go up to the top floor, and see how they are getting on there.”

“Pooh, pooh!” replied her husband, M. Loupins; “they will do well enough.”

“Is that really your opinion?”

“I know that I am right. Daddy Tantaine went out as soon as it was light, and a short time afterward Paul Violaine came down. There is no one upstairs now but little Rose, and I expect that she has been wise enough to stick to her bed.”

“Ah!” answered the landlady rather spitefully. “I have made up my mind regarding that young lady some time ago; she is a sight too pretty for this house, and so I tell you.”

The Hotel de Perou stands in the Rue de la Hachette, not twenty steps from the Place de Petit Pont; and no more cruelly sarcastic title could ever have been conferred on a building. The extreme shabbiness of the exterior of the house, the narrow, muddy street in which it stood, the dingy windows covered with mud, and repaired with every variety of patch,—all seemed to cry out to the passers by: “This is the chosen abode of misery and destitution.”

The observer might have fancied it a robbers’ den, but he would have been wrong; for the inhabitants were fairly honest. The Hotel de Perou was one of those refuges, growing scarcer and more scarce every day, where unhappy men and women, who had been worsted in the battle of life, could find a shelter in return for the change remaining from the last five-franc piece. They treat it as the shipwrecked mariner uses the rock upon which he climbs from the whirl of the angry waters, and breathes a deep sigh of relief as he collects his forces for a fresh effort. However wretched existence may be, a protracted sojourn in such a shelter as the Hotel de Perou would be out of the question. The chambers in every floor of the house are divided into small slips by partitions, covered with canvas and paper, and pleasantly termed rooms by M. Loupins. The partitions were in a terrible condition, rickety and unstable, and the paper with which they were covered torn and hanging down in tatters; but the state of the attics was even more deplorable, the ceilings of which were so low that the occupants had to stoop continually, while the dormer windows admitted but a small amount of light. A bedstead, with a straw mattress, a rickety table, and two broken chairs, formed the sole furniture of these rooms. Miserable as these dormitories were, the landlady asked and obtained twenty-two francs for them by the month, as there was a fireplace in each, which she always pointed out to intending tenants.

The young woman whom M. Loupins alluded to by the name of Rose was seated in one of these dreary dens on this bitter winter’s day. Rose was an exquisitely beautiful girl about eighteen years of age. She was very fair; her long lashes partially concealed a pair of steely blue eyes, and to a certain extent relieved their hard expression. Her ripe, red lips, which seemed formed for love and kisses, permitted a glimpse of a row of pearly teeth. Her bright waving hair grew low down upon her forehead, and such of it as had escaped from the bondage of a cheap comb, with which it was fastened, hung in wild luxuriance over her exquisitely shaped neck and shoulders. She had thrown over her ragged print gown the patched coverlet of the bed, and, crouched upon the tattered hearthrug before the hearth, upon which a few sticks smouldered, giving out hardly a particle of heat, she was telling her fortune with a dirty pack of cards, endeavoring to console herself for the privations of the day by the promise of future prosperity. She had spread those arbiters of her destiny in a half circle before her, and divided them into threes, each of which had a peculiar meaning, and her breast rose and fell as she turned them up and read upon their faces good fortune or ill-luck. Absorbed in this task, she paid but little attention to the icy chilliness of the atmosphere, which made her fingers stiff, and dyed her white hands purple. 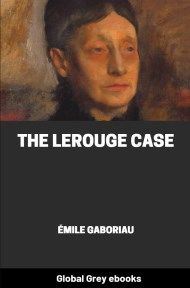 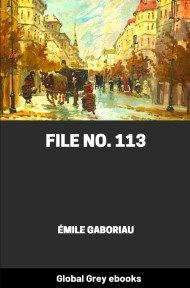 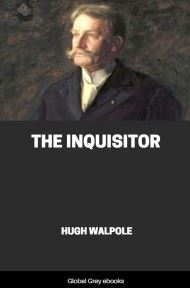