The Secret of the Ages

What makes a New Thought classic? Obviously most of these books are delivering the exact same message. Collier here demonstrates a combination of factors which seems to win over readers: a folksy style, lots of inspirational quotes, particularly from the Bible, and, most of all, constant repetition of the theme that you, too, can tap the power of the Infinite, and get healthy and rich just by instructing your unconscious mind to do so.

This book has 224 pages in the PDF version, and was originally published in 1926.

Excerpt from 'The Secret of the Ages'

What, in your opinion, is the most significant discovery of this modern age?

The finding of Dinosaur eggs on the plains of Mongolia, laid—so scientists assert—some 10,000,000 years ago?

The unearthing of the Tomb of Tut-ankh-Amen, with its matchless specimens of a bygone civilization?

The radio-active time clock by which Professor Lane of Tufts College estimates the age of the earth at 1,250,000,000 years?

No—not any of these. The really significant thing about them is that from all this vast research, from the study of all these bygone ages, men are for the first time beginning to get an understanding of that "Life Principle" which—somehow, some way—was brought to this earth thousands or millions of years ago. They are beginning to get an inkling of the infinite power it puts in their hands—to glimpse the untold possibilities it opens up.

This is the greatest discovery of modern times—that every man can call upon this "Life Principle" at will, that it is as much the servant of his mind as was ever Aladdin's fabled "Genie-of-the-lamp" of old; that he has but to understand it and work in harmony with it to get from it anything he may need—health or happiness, riches or success.

To realize the truth of this, you have but to go back for a moment to the beginning of things.

It matters not whether you believe that mankind dates back to the primitive Ape-man of 500,000 years ago, or sprang full-grown from the mind of the Creator. In either event, there had to be a First Cause—a Creator. Some Power had to bring to this earth the first germ of Life, and the creation is no less wonderful if it started with the lowliest form of plant life and worked up through countless ages into the highest product of today's civilization, than if the whole were created in six days.

In the beginning, this earth was just a fire mist—six thousand or a billion years ago—what does it matter which?

The one thing that does matter is that some time, some way, there came to this planet the germ of Life—the Life Principle which animates all Nature—plant, animal, man. If we accept the scientists’ version of it, the first form in which Life appeared upon earth was the humble Algæ—a jelly-like mass which floated upon the waters. This, according to the scientists, was the beginning, the dawn of life upon the earth.

All the millions of forms and shapes and varieties of plants and animals that have since appeared are but different manifestations of life—formed to meet differing conditions. For millions of years this "Life Germ" was threatened by every kind of danger—from floods, from earthquakes, from droughts, from desert heat, from glacial cold, from volcanic eruptions—but to it each new danger was merely an incentive to finding a new resource, to putting forth Life in some new shape.

To meet one set of needs, it formed the Dinosaur—to meet another, the Butterfly. Long before it worked up to man, we see its unlimited resourcefulness shown in a thousand ways. To escape danger in the water, it sought land. Pursued on land, it took to the air. To breathe in the sea, it developed gills. Stranded on land, it perfected lungs. To meet one kind of danger it grew a shell. For another, a sting. To protect itself from glacial cold, it grew fur. In temperate climes, hair. Subject to alternate heat and cold, it produced feathers. But ever, from the beginning, it showed its power to meet every changing condition, to answer every creature need.

Had it been possible to kill this "Life Idea," it would have perished ages ago, when fire and flood, drought and famine followed each other in quick succession. But obstacles, misfortunes, cataclysms, were to it merely new opportunities to assert its power. In fact, it required obstacles to awaken it, to show its energy and resource.

The great reptiles, the monster beasts of antiquity, passed on. But the "Life Principle" stayed, changing as each age changed, always developing, always improving.

Whatever Power it was that brought this "Life Idea" to the earth, it came endowed with unlimited resource, unlimited energy, unlimited LIFE! No other force can defeat it. No obstacle can hold it back. All through the history of life and mankind you can see its directing intelligence—call it Nature, call it Providence, call it what you will—rising to meet every need of life.

The Purpose of Existence

No one can follow it down through the ages without realizing that the whole purpose of existence is GROWTH. Life is dynamic—not static. It is ever moving forward—not standing still. The one unpardonable sin of nature is to stand still, to stagnate. The Giganotosaurus, that was over a hundred feet long and as big as a house; the Tyrannosaurus, that had the strength of a locomotive and was the last word in frightfulness; the Pterodactyl or Flying Dragon—all the giant monsters of Prehistoric Ages—are gone. They ceased to serve a useful purpose. They did not know how to meet the changing conditions. They stood still—stagnated—while the life around them passed them by.

Egypt and Persia, Greece and Rome, all the great Empires of antiquity, perished when they ceased to grow. China built a wall about herself and stood still for a thousand years. Today she is the football of the Powers. In all Nature, to cease to grow is to perish.

It is for men and women who are not ready to stand still, who refuse to cease to grow, that this book is written. It will give you a clearer understanding of your own potentialities, show you how to work with and take advantage of the infinite energy all about you. 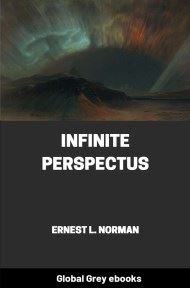 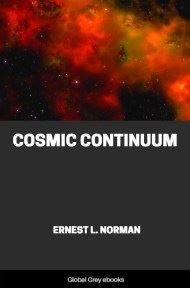 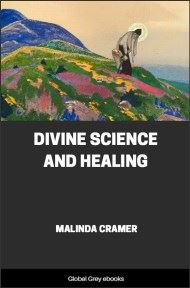 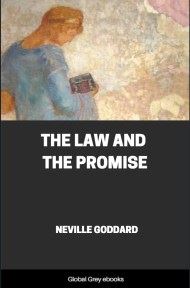 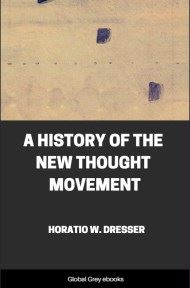