Mysterious Psychic Forces by Camille Flammarion is an account of the author's investigations in psychical research, together with those of other European savants, first published in 1907. Chapters include: On Certain Unknown Natural Forces; My First Séances In The Allen Kardec Group, And With The Mediums Of That Epoch; My Experiments With Eusapia Paladino; Frauds, Tricks, Deceptions, Impostures, Feats Of Legerdemain, Mystifications, Impediments; The Experiments Of Count De Gasparin; and more.

This book has 446 pages in the PDF version, and was originally published in 1907.

I purpose to show in this book what truth there is in the phenomena of table-turnings, table-movings, and table-rappings, in the communications received therefrom, in levitations that contradict the laws of gravity, in the moving of objects without contact, in unexplained noises, in the stories told of haunted houses,—all to be considered from the physical and mechanical point of view. Under all the just mentioned heads we can group material facts produced by causes still unknown to science, and it is with these physical phenomena that we shall specially occupy ourselves here; for the first point is to definitely prove, by sufficient observations, their real existence. Hypotheses, theories, doctrines, will come later.

In the country of Rabelais, of Montaigne, of Voltaire, we are inclined to smile at everything that relates to the marvellous, to tales of enchantment, the extravagances of occultism, the mysteries of magic. This arises from a reasonable prudence. But it does not go far enough. To deny and prejudge a phenomenon has never proved anything. The truth of almost every fact which constitutes the sum of the positive sciences of our day has been denied. What we ought to do is to admit no unverified statement, to apply to every subject of study, no matter what, the experimental method, without any preconceived idea whatever, either for or against.

We are dealing here with a great problem, which touches on that of the survival of human consciousness. We may study it, in spite of smiles.

When we consecrate our lives to an idea, useful, noble, exalted, we should not hesitate for a moment to sacrifice personalities; above all, our own self, our interest, our self-esteem, our natural vanity. This sacrifice is a criterion by which I have estimated a good many characters. How many men, how many women, put their miserable little personality above everything else!

If the forces of which we are to treat are real, they cannot but be natural forces. We ought to admit, as an absolute principle, that everything is in nature, even God himself, as I have shown in another work. Before any attempt at theory, the first thing to do is to scientifically establish the real existence of these forces.

Mediumistic experiences might form (and doubtless soon will form) a chapter in physics. Only it is a kind of transcendental physics which touches on life and thought, and the forces in play are pre-eminently living forces, psychic forces.

I shall relate in the following chapter the experiments I made between the years 1861 and 1865, previous to the penning of the protest, reprinted in the long citation above given (in the Introduction). But, since in certain respects they are summed up in those I have just had, in 1906, I will begin by describing the latter in this first chapter.

In fact, I have recently renewed these investigations with a celebrated medium,—Mme. Eusapia Paladino, of Naples, who has been several times in Paris; namely, in 1898, 1905, and, very recently, in 1906. The things I am going to speak of happened in the salon of my home in Paris,—the last ones in full light without any preparation, very simply, as if during after-dinner talks.

Let me add that this medium came to Paris during the first months of the year, 1906, at the invitation of the Psychological Institute, several members of which have been recently engaged in researches begun long ago. Among these savants I will mention the name of the lamented Pierre Curie, the eminent chemist, with whom I had a conversation a few days before his unfortunate and terrible death. My mediumistic experiences with Mme. Paladino formed for him a new chapter in the great book of nature, and he also was convinced that there exist hidden forces to the investigation of which it is not unscientific to consecrate one's self. His subtle and penetrating genius would perhaps have quickly determined the character of these forces.

Those who have given some little attention to these psychological studies are acquainted with the powers of Mme. Paladino. The published works of Count de Rochas, of Professor Richet, of Dr. Dariex, of M. G. de Fontenay, and notably the Annales des sciences psychiques, have pointed them out and described them in such detail that it would be superfluous to recur to them at this point. Farther on we shall find a place for discussing them.

Running underneath all the observations of the above-mentioned writers, one dominant idea can be read as if in palimpsest; namely, the imperious necessity the experimenters are constantly under of suspecting tricks in this medium (Mme. Paladino). But all mediums, men and women, have to be watched. During a period of more than forty years I believe that I have received at my home nearly all of them, men and women of divers nationalities and from every quarter of the globe. One may lay it down as a principle that all professional mediums cheat. But they do not always cheat; and they possess real, undeniable psychic powers.

Their case is nearly that of the hysterical folk under observation at the Salpêtrière or elsewhere. I have seen some of them outwit with their profound craft not only Dr. Charcot, but especially Dr. Luys, and all the physicians who were making a study of their case. But, because hysteriacs deceive and simulate, it would be a gross error to conclude that hysteria does not exist. And, because mediums frequently descend to the most brazen-faced imposture, it would not be less absurd to conclude that mediumship has no existence. Disreputable somnambulists do not forbid the existence of magnetism, hypnotism, and genuine somnambulism.

This necessity of being constantly on our guard has discouraged more than one investigator, as the illustrious astronomer Schiaparelli, director of the Observatory of Milan, specially wrote me, in a letter which will appear farther on. Death and its Mystery 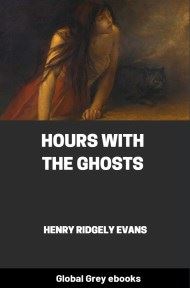 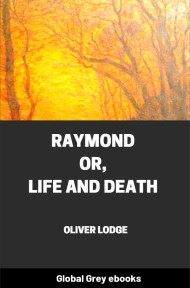 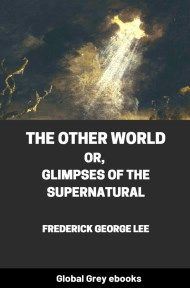