Meditations is a series of personal writings by Marcus Aurelius, Roman Emperor 161–180 CE, setting forth his ideas on Stoic philosophy. It is doubtful that Marcus Aurelius Antoninus ever intended for this book to be published. It is divided into 12 books that chronicle different periods of Marcus's life. Each book is not in chronological order and it was written for no one but himself. The style of writing that permeates the text is one that is simplified, straightforward, and perhaps reflecting Marcus's Stoic perspective on the text. Depending on the English translation, Marcus's style is not viewed as anything regal or belonging to royalty, but rather a man among other men which allows the reader to relate to his wisdom.

This book has 117 pages in the PDF version. This translation by George Long was originally published in 1862.

From my grandfather Verus I learned good morals and the government of my temper.

From the reputation and remembrance of my father, modesty and a manly character.

From my mother, piety and beneficence, and abstinence, not only from evil deeds, but even from evil thoughts; and further, simplicity in my way of living, far removed from the habits of the rich.

From my great-grandfather, not to have frequented public schools, and to have had good teachers at home, and to know that on such things a man should spend liberally.

From my governor, to be neither of the green nor of the blue party at the games in the Circus, nor a partizan either of the Parmularius or the Scutarius at the gladiators' fights; from him too I learned endurance of labour, and to want little, and to work with my own hands, and not to meddle with other people's affairs, and not to be ready to listen to slander.

From Diognetus, not to busy myself about trifling things, and not to give credit to what was said by miracle-workers and jugglers about incantations and the driving away of daemons and such things; and not to breed quails for fighting, nor to give myself up passionately to such things; and to endure freedom of speech; and to have become intimate with philosophy; and to have been a hearer, first of Bacchius, then of Tandasis and Marcianus; and to have written dialogues in my youth; and to have desired a plank bed and skin, and whatever else of the kind belongs to the Grecian discipline.

From Rusticus I received the impression that my character required improvement and discipline; and from him I learned not to be led astray to sophistic emulation, nor to writing on speculative matters, nor to delivering little hortatory orations, nor to showing myself off as a man who practises much discipline, or does benevolent acts in order to make a display; and to abstain from rhetoric, and poetry, and fine writing; and not to walk about in the house in my outdoor dress, nor to do other things of the kind; and to write my letters with simplicity, like the letter which Rusticus wrote from Sinuessa to my mother; and with respect to those who have offended me by words, or done me wrong, to be easily disposed to be pacified and reconciled, as soon as they have shown a readiness to be reconciled; and to read carefully, and not to be satisfied with a superficial understanding of a book; nor hastily to give my assent to those who talk overmuch; and I am indebted to him for being acquainted with the discourses of Epictetus, which he communicated to me out of his own collection.

From Apollonius I learned freedom of will and undeviating steadiness of purpose; and to look to nothing else, not even for a moment, except to reason; and to be always the same, in sharp pains, on the occasion of the loss of a child, and in long illness; and to see clearly in a living example that the same man can be both most resolute and yielding, and not peevish in giving his instruction; and to have had before my eyes a man who clearly considered his experience and his skill in expounding philosophical principles as the smallest of his merits; and from him I learned how to receive from friends what are esteemed favours, without being either humbled by them or letting them pass unnoticed.

From Sextus, a benevolent disposition, and the example of a family governed in a fatherly manner, and the idea of living conformably to nature; and gravity without affectation, and to look carefully after the interests of friends, and to tolerate ignorant persons, and those who form opinions without consideration: he had the power of readily accommodating himself to all, so that intercourse with him was more agreeable than any flattery; and at the same time he was most highly venerated by those who associated with him: and he had the faculty both of discovering and ordering, in an intelligent and methodical way, the principles necessary for life; and he never showed anger or any other passion, but was entirely free from passion, and also most affectionate; and he could express approbation without noisy display, and he possessed much knowledge without ostentation.

From Alexander the grammarian, to refrain from fault-finding, and not in a reproachful way to chide those who uttered any barbarous or solecistic or strange-sounding expression; but dexterously to introduce the very expression which ought to have been used, and in the way of answer or giving confirmation, or joining in an inquiry about the thing itself, not about the word, or by some other fit suggestion.

From Fronto I learned to observe what envy, and duplicity, and hypocrisy are in a tyrant, and that generally those among us who are called Patricians are rather deficient in paternal affection.

From Alexander the Platonic, not frequently nor without necessity to say to any one, or to write in a letter, that I have no leisure; nor continually to excuse the neglect of duties required by our relation to those with whom we live, by alleging urgent occupations.

From Catulus, not to be indifferent when a friend finds fault, even if he should find fault without reason, but to try to restore him to his usual disposition; and to be ready to speak well of teachers, as it is reported of Domitius and Athenodotus; and to love my children truly.

From my brother Severus, to love my kin, and to love truth, and to love justice; and through him I learned to know Thrasea, Helvidius, Cato, Dion, Brutus; and from him I received the idea of a polity in which there is the same law for all, a polity administered with regard to equal rights and equal freedom of speech, and the idea of a kingly government which respects most of all the freedom of the governed; I learned from him also consistency and undeviating steadiness in my regard for philosophy; and a disposition to do good, and to give to others readily, and to cherish good hopes, and to believe that I am loved by my friends; and in him I observed no concealment of his opinions with respect to those whom he condemned, and that his friends had no need to conjecture what he wished or did not wish, but it was quite plain. 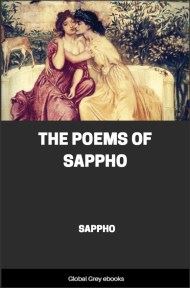 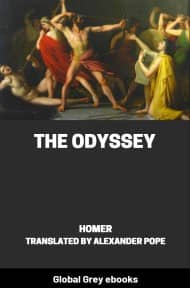