This book has 537 pages in the PDF version. This is a translation by Alexander Thomson.

Excerpt from 'The Lives of the Twelve Caesars'

Julius Caesar, the Divine, lost his father when he was in the sixteenth year of his age and the year following, being nominated to the office of high-priest of Jupiter, he repudiated Cossutia, who was very wealthy, although her family belonged only to the equestrian order, and to whom he had been contracted when he was a mere boy. He then married Cornelia, the daughter of Cinna, who was four times consul; and had by her, shortly afterwards, a daughter named Julia. Resisting all the efforts of the dictator Sylla to induce him to divorce Cornelia, he suffered the penalty of being stripped of his sacerdotal office, his wife’s dowry, and his own patrimonial estates; and, being identified with the adverse faction, was compelled to withdraw from Rome. After changing his place of concealment nearly every night, although he was suffering from a quartan ague, and having effected his release by bribing the officers who had tracked his footsteps, he at length obtained a pardon through the intercession of the vestal virgins, and of Mamercus Aemilius and Aurelius Cotta, his near relatives. We are assured that when Sylla, having withstood for a while the entreaties of his own best friends, persons of distinguished rank, at last yielded to their importunity, he exclaimed—either by a divine impulse, or from a shrewd conjecture: “Your suit is granted, and you may take him among you; but know,” he added, “that this man, for whose safety you are so extremely anxious, will, some day or other, be the ruin of the party of the nobles, in defence of which you are leagued with me; for in this one Caesar, you will find many a Marius.”

II. His first campaign was served in Asia, on the staff of the praetor, M. Thermus; and being dispatched into Bithynia, to bring thence a fleet, he loitered so long at the court of Nicomedes, as to give occasion to reports of a criminal intercourse between him and that prince; which received additional credit from his hasty return to Bithynia, under the pretext of recovering a debt due to a freed-man, his client. The rest of his service was more favourable to his reputation; and when Mitylene was taken by storm, he was presented by Thermus with the civic crown.

III. He served also in Cilicia, under Servilius Isauricus, but only for a short time; as upon receiving intelligence of Sylla’s death, he returned with all speed to Rome, in expectation of what might follow from a fresh agitation set on foot by Marcus Lepidus. Distrusting, however, the abilities of this leader, and finding the times less favourable for the execution of this project than he had at first imagined, he abandoned all thoughts of joining Lepidus, although he received the most tempting offers.

IV. Soon after this civil discord was composed, he preferred a charge of extortion against Cornelius Dolabella, a man of consular dignity, who had obtained the honour of a triumph. On the acquittal of the accused, he resolved to retire to Rhodes, with the view not only of avoiding the public odium which he had incurred, but of prosecuting his studies with leisure and tranquillity, under Apollonius, the son of Molon, at that time the most celebrated master of rhetoric. While on his voyage thither, in the winter season, he was taken by pirates near the island of Pharmacusa, and detained by them, burning with indignation, for nearly forty days; his only attendants being a physician and two chamberlains. For he had instantly dispatched his other servants and the friends who accompanied him, to raise money for his ransom. Fifty talents having been paid down, he was landed on the coast, when, having collected some ships, he lost no time in putting to sea in pursuit of the pirates, and having captured them, inflicted upon them the punishment with which he had often threatened them in jest. At that time Mithridates was ravaging the neighbouring districts, and on Caesar’s arrival at Rhodes, that he might not appear to lie idle while danger threatened the allies of Rome, he passed over into Asia, and having collected some auxiliary forces, and driven the king’s governor out of the province, retained in their allegiance the cities which were wavering, and ready to revolt.

V. Having been elected military tribune, the first honour he received from the suffrages of the people after his return to Rome, he zealously assisted those who took measures for restoring the tribunitian authority, which had been greatly diminished during the usurpation of Sylla. He likewise, by an act, which Plotius at his suggestion propounded to the people, obtained the recall of Lucius Cinna, his wife’s brother, and others with him, who having been the adherents of Lepidus in the civil disturbances, had after that consul’s death fled to Sertorius; which law he supported by a speech.

VI. During his quaestorship he pronounced funeral orations from the rostra, according to custom, in praise of his aunt Julia, and his wife Cornelia. In the panegyric on his aunt, he gives the following account of her own and his father’s genealogy, on both sides: “My aunt Julia derived her descent, by the mother, from a race of kings, and by her father, from the Immortal Gods. For the Marcii Reges, her mother’s family, deduce their pedigree from Ancus Marcius, and the Julii, her father’s, from Venus; of which stock we are a branch. We therefore unite in our descent the sacred majesty of kings, the chiefest among men, and the divine majesty of Gods, to whom kings themselves are subject.” To supply the place of Cornelia, he married Pompeia, the daughter of Quintus Pompeius, and grand-daughter of Lucius Sylla; but he afterwards divorced her, upon suspicion of her having been debauched by Publius Clodius. For so current was the report, that Clodius had found access to her disguised as a woman, during the celebration of a religious solemnity, that the senate instituted an enquiry respecting the profanation of the sacred rites. 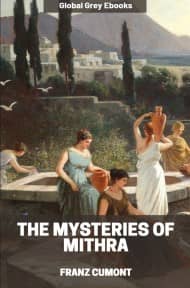 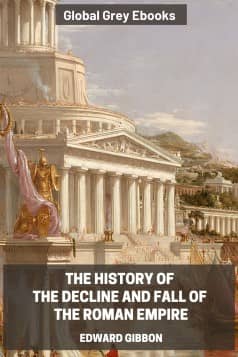