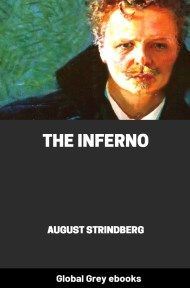 The Inferno is an autobiographical fiction book by Swedish author, August Strindberg. In Paris, isolated from his friends, wife, and children, the narrator hangs around with artists and writers; dabbling in the occult and believing himself to be guided by mysterious forces. After being introduced to the teachings of Emanuel Swedenborg, he begins to see his life as a living hell. Exploring subjects such as occultism and alchemy (which were obsessions of Strindbergs), the book shows signs of paranoia and neuroticism. This has often been used as proof that the author himself suffered from such things, but there is evidence that they are both invented and exaggerated in the book.

This book has 129 pages in the PDF version. This translation by Claud Field was originally published in 1913.

Production notes: This ebook of The Inferno was published by Global Grey in 2020.