The terrifying tale of Joseph K, a respectable functionary in a bank, who is suddenly arrested and must defend his innocence against a charge about which he can get no information. A nightmare vision of the excesses of modern bureaucracy wedded to the mad agendas of twentieth-century totalitarian regimes.

This book has 180 pages in the PDF version, and was originally published in 1925.

Excerpt from 'The Trial'

Someone must have been telling lies about Josef K., he knew he had done nothing wrong but, one morning, he was arrested. Every day at eight in the morning he was brought his breakfast by Mrs. Grubach's cook - Mrs. Grubach was his landlady - but today she didn't come. That had never happened before. K. waited a little while, looked from his pillow at the old woman who lived opposite and who was watching him with an inquisitiveness quite unusual for her, and finally, both hungry and disconcerted, rang the bell. There was immediately a knock at the door and a man entered. He had never seen the man in this house before. He was slim but firmly built, his clothes were black and close-fitting, with many folds and pockets, buckles and buttons and a belt, all of which gave the impression of being very practical but without making it very clear what they were actually for. "Who are you?" asked K., sitting half upright in his bed. The man, however, ignored the question as if his arrival simply had to be accepted, and merely replied, "You rang?" "Anna should have brought me my breakfast," said K. He tried to work out who the man actually was, first in silence, just through observation and by thinking about it, but the man didn't stay still to be looked at for very long. Instead he went over to the door, opened it slightly, and said to someone who was clearly standing immediately behind it, "He wants Anna to bring him his breakfast." There was a little laughter in the neighbouring room, it was not clear from the sound of it whether there were several people laughing. The strange man could not have learned anything from it that he hadn't known already, but now he said to K., as if making his report "It is not possible." "It would be the first time that's happened," said K., as he jumped out of bed and quickly pulled on his trousers. "I want to see who that is in the next room, and why it is that Mrs. Grubach has let me be disturbed in this way." It immediately occurred to him that he needn't have said this out loud, and that he must to some extent have acknowledged their authority by doing so, but that didn't seem important to him at the time.

That, at least, is how the stranger took it, as he said, "Don't you think you'd better stay where you are?" "I want neither to stay here nor to be spoken to by you until you've introduced yourself." "I meant it for your own good," said the stranger and opened the door, this time without being asked. The next room, which K. entered more slowly than he had intended, looked at first glance exactly the same as it had the previous evening. It was Mrs. Grubach's living room, over-filled with furniture, tablecloths, porcelain and photographs. Perhaps there was a little more space in there than usual today, but if so it was not immediately obvious, especially as the main difference was the presence of a man sitting by the open window with a book from which he now looked up. "You should have stayed in your room! Didn't Franz tell you?" "And what is it you want, then?" said K., looking back and forth between this new acquaintance and the one named Franz, who had remained in the doorway. Through the open window he noticed the old woman again, who had come close to the window opposite so that she could continue to see everything. She was showing an inquisitiveness that really made it seem like she was going senile. "I want to see Mrs. Grubach …," said K., making a movement as if tearing himself away from the two men - even though they were standing well away from him - and wanted to go. "No," said the man at the window, who threw his book down on a coffee table and stood up. "You can't go away when you're under arrest." "That's how it seems," said K. "And why am I under arrest?" he then asked. "That's something we're not allowed to tell you. Go into your room and wait there. Proceedings are underway and you'll learn about everything all in good time. It's not really part of my job to be friendly towards you like this, but I hope no-one, apart from Franz, will hear about it, and he's been more friendly towards you than he should have been, under the rules, himself. If you carry on having as much good luck as you have been with your arresting officers then you can reckon on things going well with you." K. wanted to sit down, but then he saw that, apart from the chair by the window, there was nowhere anywhere in the room where he could sit.

"You'll get the chance to see for yourself how true all this is," said Franz and both men then walked up to K. They were significantly bigger than him, especially the second man, who frequently slapped him on the shoulder. The two of them felt K.'s nightshirt, and said he would now have to wear one that was of much lower quality, but that they would keep the nightshirt along with his other underclothes and return them to him if his case turned out well. "It's better for you if you give us the things than if you leave them in the storeroom," they said. "Things have a tendency to go missing in the storeroom, and after a certain amount of time they sell things off, whether the case involved has come to an end or not. And cases like this can last a long time, especially the ones that have been coming up lately. They'd give you the money they got for them, but it wouldn't be very much as it's not what they're offered for them when they sell them that counts, it's how much they get slipped on the side, and things like that lose their value anyway when they get passed on from hand to hand, year after year." K. paid hardly any attention to what they were saying, he did not place much value on what he may have still possessed or on who decided what happened to them. It was much more important to him to get a clear understanding of his position, but he could not think clearly while these people were here, the second policeman's belly - and they could only be policemen - looked friendly enough, sticking out towards him, but when K. looked up and saw his dry, boney face it did not seem to fit with the body.

His strong nose twisted to one side as if ignoring K. and sharing an understanding with the other policeman. What sort of people were these? What were they talking about? What office did they belong to? K. was living in a free country, after all, everywhere was at peace, all laws were decent and were upheld, who was it who dared accost him in his own home? He was always inclined to take life as lightly as he could, to cross bridges when he came to them, pay no heed for the future, even when everything seemed under threat. But here that did not seem the right thing to do. He could have taken it all as a joke, a big joke set up by his colleagues at the bank for some unknown reason, or also perhaps because today was his thirtieth birthday, it was all possible of course, maybe all he had to do was laugh in the policemen's face in some way and they would laugh with him, maybe they were tradesmen from the corner of the street, they looked like they might be - but he was nonetheless determined, ever since he first caught sight of the one called Franz, not to lose any slight advantage he might have had over these people. There was a very slight risk that people would later say he couldn't understand a joke, but - although he wasn't normally in the habit of learning from experience - he might also have had a few unimportant occasions in mind when, unlike his more cautious friends, he had acted with no thought at all for what might follow and had been made to suffer for it. He didn't want that to happen again, not this time at least; if they were play-acting he would act along with them. 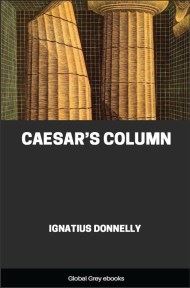 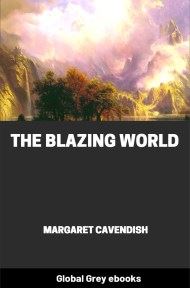 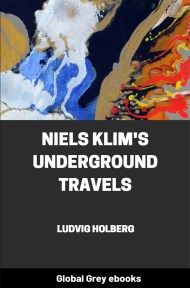