Herland is a utopian novel from 1915, written by feminist Charlotte Perkins Gilman. The book describes an isolated society composed entirely of women, who reproduce via asexual reproduction. The result is an ideal social order: free of war, conflict, and domination.

This book has 156 pages in the PDF version, and was originally published in 1915.

This is written from memory, unfortunately. If I could have brought with me the material I so carefully prepared, this would be a very different story. Whole books full of notes, carefully copied records, firsthand descriptions, and the pictures — that’s the worst loss. We had some bird’s-eyes of the cities and parks; a lot of lovely views of streets, of buildings, outside and in, and some of those gorgeous gardens, and, most important of all, of the women themselves.

Nobody will ever believe how they looked. Descriptions aren’t any good when it comes to women, and I never was good at descriptions anyhow. But it’s got to be done somehow; the rest of the world needs to know about that country.

I haven’t said where it was for fear some self-appointed missionaries, or traders, or land-greedy expansionists, will take it upon themselves to push in. They will not be wanted, I can tell them that, and will fare worse than we did if they do find it.

It began this way. There were three of us, classmates and friends — Terry O. Nicholson (we used to call him the Old Nick, with good reason), Jeff Margrave, and I, Vandyck Jennings.

We had known each other years and years, and in spite of our differences we had a good deal in common. All of us were interested in science.

Terry was rich enough to do as he pleased. His great aim was exploration. He used to make all kinds of a row because there was nothing left to explore now, only patchwork and filling in, he said. He filled in well enough — he had a lot of talents — great on mechanics and electricity. Had all kinds of boats and motorcars, and was one of the best of our airmen.

We never could have done the thing at all without Terry.

Jeff Margrave was born to be a poet, a botanist — or both — but his folks persuaded him to be a doctor instead. He was a good one, for his age, but his real interest was in what he loved to call “the wonders of science.”

As for me, sociology’s my major. You have to back that up with a lot of other sciences, of course. I’m interested in them all.

Terry was strong on facts — geography and meteorology and those; Jeff could beat him any time on biology, and I didn’t care what it was they talked about, so long as it connected with human life, somehow. There are few things that don’t.

We three had a chance to join a big scientific expedition. They needed a doctor, and that gave Jeff an excuse for dropping his just opening practice; they needed Terry’s experience, his machine, and his money; and as for me, I got in through Terry’s influence.

The expedition was up among the thousand tributaries and enormous hinterland of a great river, up where the maps had to be made, savage dialects studied, and all manner of strange flora and fauna expected.

But this story is not about that expedition. That was only the merest starter for ours.

My interest was first roused by talk among our guides. I’m quick at languages, know a good many, and pick them up readily. What with that and a really good interpreter we took with us, I made out quite a few legends and folk myths of these scattered tribes.

And as we got farther and farther upstream, in a dark tangle of rivers, lakes, morasses, and dense forests, with here and there an unexpected long spur running out from the big mountains beyond, I noticed that more and more of these savages had a story about a strange and terrible Woman Land in the high distance.

“Up yonder,” “Over there,” “Way up”— was all the direction they could offer, but their legends all agreed on the main point — that there was this strange country where no men lived — only women and girl children.

None of them had ever seen it. It was dangerous, deadly, they said, for any man to go there. But there were tales of long ago, when some brave investigator had seen it — a Big Country, Big Houses, Plenty People — All Women.

Had no one else gone? Yes — a good many — but they never came back. It was no place for men — of that they seemed sure.

I told the boys about these stories, and they laughed at them. Naturally I did myself. I knew the stuff that savage dreams are made of.

But when we had reached our farthest point, just the day before we all had to turn around and start for home again, as the best of expeditions must in time, we three made a discovery.

The main encampment was on a spit of land running out into the main stream, or what we thought was the main stream. It had the same muddy color we had been seeing for weeks past, the same taste.

I happened to speak of that river to our last guide, a rather superior fellow with quick, bright eyes.

He told me that there was another river —“over there, short river, sweet water, red and blue.”

I was interested in this and anxious to see if I had understood, so I showed him a red and blue pencil I carried, and asked again.

Yes, he pointed to the river, and then to the southwestward. “River — good water — red and blue.”

Terry was close by and interested in the fellow’s pointing.

Terry blazed up at once.

The man indicated a short journey; I judged about two hours, maybe three.

“Let’s go,” urged Terry. “Just us three. Maybe we can really find something. May be cinnabar in it.”

“May be indigo,” Jeff suggested, with his lazy smile. 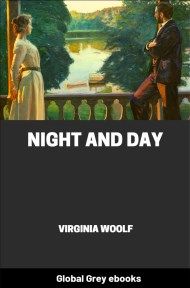