Gone with the Wind

Gone with the Wind by Margaret Mitchell was first published in 1936. Synonymous with the film of the same name starring Clark Gable and Vivien Leigh, the book earned the author a Pulitzer prize in 1937. Set in Georgia during the American civil war in the mid 19th century, the book takes place on a plantation owned by the O'Hara family - the eldest daughter of which is 16 year old Scarlett. After she is rejected by her love (Ashley Wilkes), she very briefly meets Rhett Butler, a man with a reputation for seducing young women, who has overheard her conversation with Wilkes. Stung by the rejection, and after learning that war has been declared and young men are going to have to enlist, she accepts a proposal from Charles Hamilton. They marry but Scarlett is soon left a widow with a young baby and is expected to wear black and mourn. However, she is not inclined that way, and as the story continues, she flouts the rules of society at every turn, using her charms to get what she wants. The woman who Wilkes married, Melanie, becomes her protector and in many instances saves her from falling from grace. In the course of the story, after a while, Scarlett marries Rhett but ultimately the marriage is not a happy one - a tragedy, years of hurt and neglect, and Scarlett convincing herself that she still loves her childhood sweetheart make for a sad ending to the book.

Because of the setting of the book, it has since become controversial, although still widely popular. The title of the novel comes from the poem 'Non Sum Qualis Eram Bonae sub Regno Cynarae' by Ernest Dowson:

I have forgot much, Cynara! gone with the wind,
Flung roses, roses riotously with the throng,
Dancing, to put thy pale, lost lilies out of mind.

This book has 749 pages in the PDF version, and was originally published in 1936.

Production notes: This ebook of Gone with the Wind was published by Global Grey on the 25th August 2021. The artwork used for the cover is 'Portrait of Sallie Ward' by George Peter Alexander Healy. 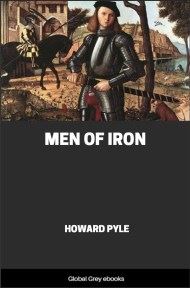