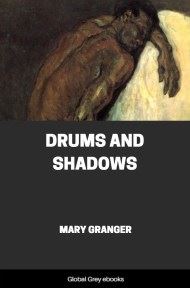 A collection of oral folklore from coastal Georgia which was assembled during the 1930s. The accounts in this book, framed by colorful descriptions of the rural locales where they were collected, were principally from elderly African-Americans, some of them centarians. Most had been slaves. In some cases they had known first generation slaves who had been born in Africa. Do not be put off by the use of phonetic dialect spelling. This is not being used here to belittle the speakers or cast them as ignorant. Rather, this book is scrupulously non-judgmental. This is simply how oral accounts were transcribed before there were portable tape recorders or camcorders.

This book has 244 pages in the PDF version, and was originally published in 1940.

Production notes: This ebook of Drums and Shadows was published by Global Grey in 2019.