Byron's exuberant masterpiece tells of the adventures of Don Juan, beginning with his illicit love affair at the age of sixteen in his native Spain and his subsequent exile to Italy. Following a dramatic shipwreck, his exploits take him to Greece, where he is sold as a slave, and to Russia, where he becomes a favorite of the Empress Catherine who sends him on to England.

This book has 733 pages in the PDF version, and was originally published in 1837.

I want a hero: an uncommon want,

When every year and month sends forth a new one,

Till, after cloying the gazettes with cant,

The age discovers he is not the true one;

Of such as these I should not care to vaunt,

We all have seen him, in the pantomime,

Sent to the devil somewhat ere his time.

Evil and good, have had their tithe of talk,

Followers of fame, 'nine farrow' of that sow:

France, too, had Buonaparte and Dumourier

Recorded in the Moniteur and Courier.

Were French, and famous people, as we know:

And there were others, scarce forgotten yet,

With many of the military set,

But not at all adapted to my rhymes.

Nelson was once Britannia's god of war,

And still should be so, but the tide is turn'd;

There 's no more to be said of Trafalgar,

'T is with our hero quietly inurn'd;

At which the naval people are concern'd;

Besides, the prince is all for the land-service,

Brave men were living before Agamemnon

And since, exceeding valorous and sage,

A good deal like him too, though quite the same none;

But then they shone not on the poet's page,

And so have been forgotten:—I condemn none,

But can't find any in the present age

And then your hero tells, whene'er you please,

What went before—by way of episode,

While seated after dinner at his ease,

Beside his mistress in some soft abode,

Palace, or garden, paradise, or cavern,

Which serves the happy couple for a tavern.

That is the usual method, but not mine—

My way is to begin with the beginning;

The regularity of my design

Forbids all wandering as the worst of sinning,

And therefore I shall open with a line

(Although it cost me half an hour in spinning)

And also of his mother, if you 'd rather.

In Seville was he born, a pleasant city,

Famous for oranges and women—he

Who has not seen it will be much to pity,

So says the proverb—and I quite agree;

Of all the Spanish towns is none more pretty,

Cadiz perhaps—but that you soon may see;

A noble stream, and call'd the Guadalquivir.

His father's name was Jose—Don, of course,—

A true Hidalgo, free from every stain

Of Moor or Hebrew blood, he traced his source

Through the most Gothic gentlemen of Spain;

Or, being mounted, e'er got down again,

Than Jose, who begot our hero, who 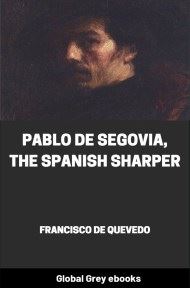 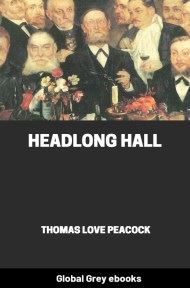 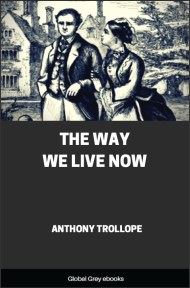