Devil Worship, The Sacred Books and Traditions of the Yezidiz

This is one of the only public domain sources of information on the religious beliefs of the Yezidi, a small group originally from the northern region of Iraq. Although they speak Kurdish, they are a distinct population from the Kurds. The Yezidi are notable because they have been described as devil-worshippers, which has, unfortunately, led to constant persecution by the dominant Islamic culture of the region. Yezidi religious beliefs upon closer examination appear to be a mixture of Gnostic cosmology with Muslim, Christian and other influences. They have many unique beliefs, such as that the first Yezidi were created by Adam by parthenogenesis separately from Eve. They believe that there was a flood before the flood of Noah. They also have a set of food taboos which include meat, fish, squash, okra, beans, cabbage and lettuce.

This book has 133 pages in the PDF version, and was originally published in 1919.

Excerpt from 'Devil Worship, The Sacred Books and Traditions of the Yezidiz'

The Yezidis are the followers of Yezîd bn Unaisa, who kept friendship with the first Muhakkama, before the Azariḳa; he separated himself from those who followed after them with the exception of the Abadiyah for with these he kept friendly. He believed that God would send an apostle from among the Persians, and would reveal to him a book that is already written in heaven, and would reveal the whole (book) to him at one time, and as a result he would leave the religion of Mohammed, the Chosen One--may God bless and save him!--and follow the religion of the Sabians mentioned in the Koran. (These are not the Sabians who are found in Ḥarân and Wasit.) But Yezîd associated himself with the people of the Book who recognized the Chosen One as a prophet, even though they did not accept his (Mohammed's) religion. And he said that the followers of the ordinances are among those who agree with him; but that others are hiding the truth and give companions to God, and that every sin, small or great, is idolatry.

The statement of Aš-Šahrastânî is so clear that it can bear no other interpretation than that the Yezidis were the followers of Yezîd bn Unaisa. He calls them his ’aṣḥâb, that is, his followers, a term by which he designates the relation between a sect and its founder. The statement comes from the pen of one who is considered of the highest authority among the Arab scholars on questions relating to philosophical and religious sects. This precise definition of the position of Yezîd bn Unaisa in the sectarian conflicts of the first century of Islam seems to show that he had exact information about him.

The prediction about the Persian prophet is quoted, almost in the same words, by another great Mohammedan authority on religious sects, Ibn Ḥazm, who lived a century before Aš-Šahrastânî. (The Egyptian edition of Ibn Ḥazm, Vol. IV, p. 188, reads Zaid bn Abi Ubaisa; but that Unaisa should be restored is evident from the fact that Ibn Ḥazm is at pains to distinguish the author of this unorthodox prediction from the well-known traditionist of the name--e. g., Tabari, I, 135.

The prophecy was perhaps preserved among the leaders of the Abaḍiya, with which sect Yezîd bn Unaisa is associated Aš-Šahrastânî's statement, the significant part of which we have found also in Ibn Ḥazm was doubtless derived from an older written source.

Who is intended by the coming Persian prophet--if, indeed, any particular individual is meant--it is not possible to determine. Kremer cannot be right in identifying him with Šeiḫ ‘Adî, for the supposed prediction was in circulating a century or more before his time. He is said to have been, not a Persian, but a Syrian from Baalbek or elsewhere in the West; and both in Arabic authors and in his own writings he appears as a Moslem, a Sufi saint in good standing. The Yezidis to this day await the appearance of the Persian prophet.

On the basis of these scanty bits of fact, it appears that: The Yezidis were originally a Ḫarijite subsect, akin to the Abadiya, bearing the name of their founder, Yezîd bn Unaisa. Certain distinctive Ḫarijite peculiarities seem indeed to have outlived among them the common faith of Islam; such as the tolerant judgment of Jews and Christians; the condemnation of every sin as implicit idolatry. In their new seats in Kurdistan, whither they migrated about the end of the fourteenth century they were drawn into the movement of which Šeiḫ ‘Adî was in his life time the leader and after his death the saint, and ended by making of him the incarnation of God in the present age. With this they joined elements drawn from Christianity, with here and there a trace of Judaism, and with large survivals of the persistent old Semitic heathenism, many of which they share with their neighbors of all creeds. 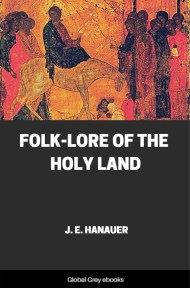 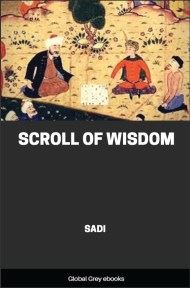 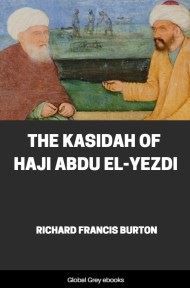