A short catechism of alchemy, in question and answer format.

Q. What is the chief study of a Philosopher?

A. It is the investigation of the operations of Nature.

Q. What is the end of Nature?

A. God, Who is also its beginning.

Q. Whence are all things derived?

A. From one and indivisible Nature.

Q. Into how many regions is Nature separated?

A. Into four palmary regions.

Q. Which are they?

A. The dry, the moist, the warm, and the cold, which are the four elementary qualities, whence all things originate.

Q. How is Nature differentiated?

A. Into male and female.

Q. To what may we compare Nature?

Q. Give a concise definition of Nature.

A. It is not visible, though it operates visibly; for it is simply a volatile spirit, fulfilling its office in bodies, and animated by the universal spirit-the divine breath, the central and universal fire, which vivifies all things that exist.

Q. What should be the qualities possessed by the examiners of Nature?

A. They should be like unto Nature herself. That is to say, they should be truthful, simple, patient, and persevering.

Q. What matters should subsequently engross their attention?

A. The philosophers should most carefully ascertain whether their designs are in harmony with Nature, and of a possible and attainable kind; if they would accomplish by their own power anything that is usually performed by the power of Nature, they must imitate her in every detail.

Q. What method must be followed in order to produce something which shall be developed to a superior degree than Nature herself develops it.

A. The manner of its improvement must be studied, and this is invariably operated by means of a like nature. For example, if it be desired to develop the intrinsic virtue of a given metal beyond its natural condition, the chemist must avail himself of the metallic nature itself, and must be able to discriminate between its male and female differentiations.

Q. Where does the metallic nature store her seeds?

A. In the four elements.

Q. With what materials can the philosopher alone accomplish anything?

A. With the germ of the given mater; this is its elixir or quintessence, more precious by far, and more useful, to the artist, than is Nature herself. Before the philosopher has extracted the seed, or germ, Nature, in his behalf, will be ready to perform her duty.

Q. What is the germ, or seed, of any substance?

A. It is the most subtle and perfect decoction and digestion of the substance itself; or, rather, it is the Balm of Sulphur, which is identical with the Radical Moisture of Metals.

Q. By what is this seed or germ, engendered?

A. By the four elements, subject to the will of the Supreme Being, and through the direct intervention of the imagination of Nature.

Q. After what manner do the four elements operate?

A. By means of an incessant and uniform moon, each one, according to its quality, depositing its seed in the centre of the earth, where it is subjected to action and digested, and is subsequently expelled in an outward direction by the laws of movement. 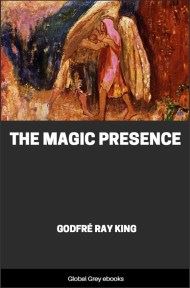 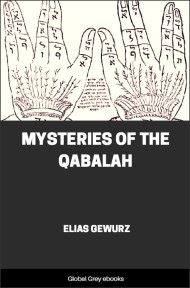