This work first appeared as the second half of the 1865 printing of A Discourse on the Worship of Priapus. Wright's extended essay on Phallic worship is distinguished by much better scholarship and writing than some of the other works of this genre. Along with the usual suspects (ancient and modern phallic objects, fertility rituals and so on) Wright devotes the longest section of this text to exploring what would become known as the 'Witch Cult'. Wright lays out a compelling case for the survival of ancient fertility rituals in the otherwise puzzling accounts of the Witches' Sabbath.

This book has 108 pages in the PDF version, and was originally published in 1865.

Excerpt from 'The Worship of the Generative Powers'

A still more remarkable monument of this class was found in the course of excavations made at Nîmes in 1825. It is engraved in our plate XXVI, and represents a bird, apparently intended for a vulture, with spread wings and phallic tail, sitting on four eggs, each of which is designed, no doubt, to represent the female organ. The local antiquarians give to this, as to the other similar objects, an emblematical signification; but it may perhaps be more rightly regarded as a playful conception of the imagination. A similar design, with some modifications, occurs not unfrequently among Gallo-Roman antiquities. We have engraved a figure of the triple phallus governed, or guided, by the female, from a small bronze plate, on which it appears in bas-relief; it is now preserved in a private collection in London, with a duplicate, which appears to have been cast from the same mould, though the plate is cut through, and they were evidently intended for suspension from the neck. Both came from the collection of M. Baudot of Dijon. The lady here bridles only the principal phallus; the legs are, as in the monument last described, those of a bird, and it is standing upon three eggs, apple-formed, and representing the organ of the other sex.

In regard to this last-mentioned object, another very remarkable monument of what appears at Nîmes to have been by no means a secret worship, was found there during some excavations on the site of the Roman baths. It is a squared mass of stone, the four sides of which, like the one represented in our engraving, are covered with similar figures of the sexual characteristics of the female, arranged in rows. It has evidently served as a base, probably to a statue, or possibly to an altar. This curious monument is now preserved in the museum at Nîmes.

As Nîmes was evidently a centre of this Priapic worship in the south of Gaul, so there appear to have been, perhaps lesser, centres in other parts, and we may trace it to the northern extremities of the Roman province, even to the other side of the Rhine. On the site of Roman settlements near Xanten, in lower Hesse, a large quantity of pottery and other objects have been found, of a character to leave no doubt as to the prevalence of this worship in that quarter. But the Roman settlement which occupied the site of the modern city of Antwerp appears to have been one of the most remarkable seats of the worship of Priapus in the north of Gaul, and it continued to exist there till a comparatively modern period.

When we cross over to Britain we find this worship established no less firmly and extensively in that island. Statuettes of Priapus, phallic bronzes, pottery covered with obscene pictures, are found wherever there are any extensive remains of Roman occupation, as our antiquaries know well. The numerous phallic figures in bronze, found in England, are perfectly identical in character with those which occur in France and Italy. In illustration of this fact, we give two examples of the triple phallus, which appears to have been, perhaps in accordance with the explanation given by Plutarch, an amulet in great favour. The first was found in London in 1842. As in the examples found on the continent, a principal phallus forms the body, having the hinder parts of apparently a dog, with wings of a peculiar form, perhaps intended for those of a dragon. Several small rings are attached, no doubt for the purpose of suspending bells. Our second example was found at York in 1844. It displays a peculiarity of action which, in this case at least, leaves no doubt that the hinder parts were intended to be those of a dog. All antiquaries of any experience know the great number of obscene subjects which are met with among the fine red pottery which is termed Samian ware, found so abundantly in all Roman sites in our island. They represent erotic scenes in every sense of the word, promiscuous intercourse between the sexes, even vices contrary to nature, with figures of Priapus, and phallic emblems. We give as an example one of the less exceptional scenes of this description, copied from a Samian bowl found in Cannon Street, London, in 1828. The lamps, chiefly of earthenware, form another class of objects on which such scenes are frequently portrayed, and to which broadly phallic forms are sometimes given. One of these phallic lamps is here represented, on the same plate with the bowl of Samian ware just described. It is hardly necessary to explain the subject represented by this lamp, which was found in London a few years ago.

All this obscene pottery must be regarded, no doubt, as a proof of a great amount of dissoluteness in the morals of Roman society in Britain, but it is evidence of something more. It is hardly likely that such objects could be in common use at the family table; and we are led to suppose that they were employed on special occasions, festivals, perhaps, connected with the licentious worship of which we are speaking, and such as those described in such strong terms in the satires of Juvenal. But monuments are found in this island which bear still more direct evidence to the existence of the worship of Priapus during the Roman period. 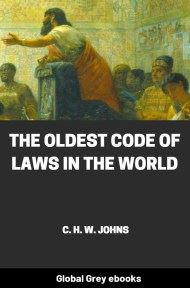 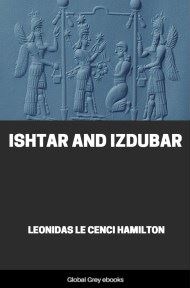 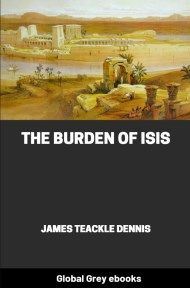 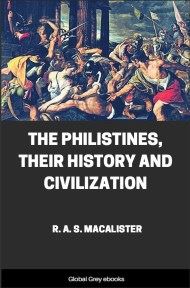 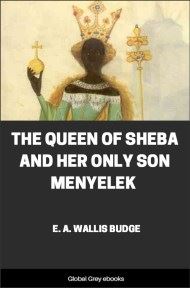