A collection of 12 short stories by Jack London. Includes: When God Laughs; The Apostate; A Wicked Woman; Just Meat; Created He Them; The Chinago; Make Westing; Semper Idem; A Nose for the King; The Francis Spaight; A Curious Fragment; and, A Piece of Steak.

This book has 148 pages in the PDF version, and was originally published in 1911.

Excerpt from 'When God Laughs and Other Stories'

Carquinez had relaxed finally. He stole a glance at the rattling windows, looked upward at the beamed roof, and listened for a moment to the savage roar of the south-easter as it caught the bungalow in its bellowing jaws. Then he held his glass between him and the fire and laughed for joy through the golden wine.

“It is beautiful,” he said. “It is sweetly sweet. It is a woman's wine, and it was made for gray-robed saints to drink.”

“We grow it on our own warm hills,” I said, with pardonable California pride. “You rode up yesterday through the vines from which it was made.”

It was worth while to get Carquinez to loosen up. Nor was he ever really himself until he felt the mellow warmth of the vine singing in his blood. He was an artist, it is true, always an artist; but somehow, sober, the high pitch and lilt went out of his thought-processes and he was prone to be as deadly dull as a British Sunday—not dull as other men are dull, but dull when measured by the sprightly wight that Monte Carquinez was when he was really himself.

From all this it must not be inferred that Carquinez, who is my dear friend and dearer comrade, was a sot. Far from it. He rarely erred. As I have said, he was an artist. He knew when he had enough, and enough, with him, was equilibrium—the equilibrium that is yours and mine when we are sober.

His was a wise and instinctive temperateness that savoured of the Greek. Yet he was far from Greek. “I am Aztec, I am Inca, I am Spaniard,” I have heard him say. And in truth he looked it, a compound of strange and ancient races, what with his swarthy skin and the asymmetry and primitiveness of his features. His eyes, under massively arched brows, were wide apart and black with the blackness that is barbaric, while before them was perpetually falling down a great black mop of hair through which he gazed like a roguish satyr from a thicket. He invariably wore a soft flannel shirt under his velvet-corduroy jacket, and his necktie was red. This latter stood for the red flag (he had once lived with the socialists of Paris), and it symbolized the blood and brotherhood of man. Also, he had never been known to wear anything on his head save a leather-banded sombrero. It was even rumoured that he had been born with this particular piece of headgear. And in my experience it was provocative of nothing short of sheer delight to see that Mexican sombrero hailing a cab in Piccadilly or storm-tossed in the crush for the New York Elevated.

As I have said, Carquinez was made quick by wine—“as the clay was made quick when God breathed the breath of life into it,” was his way of saying it. I confess that he was blasphemously intimate with God; and I must add that there was no blasphemy in him. He was at all times honest, and, because he was compounded of paradoxes, greatly misunderstood by those who did not know him. He could be as elementally raw at times as a screaming savage; and at other times as delicate as a maid, as subtle as a Spaniard. And—well, was he not Aztec? Inca? Spaniard?

And now I must ask pardon for the space I have given him. (He is my friend, and I love him.) The house was shaking to the storm, as he drew closer to the fire and laughed at it through his wine. He looked at me, and by the added lustre of his eye, and by the alertness of it, I knew that at last he was pitched in his proper key.

“And so you think you've won out against the gods?” he demanded.

“Whose will but theirs has put satiety upon man?” he cried.

“And whence the will in me to escape satiety?” I asked triumphantly.

“Again the gods,” he laughed. “It is their game we play. They deal and shuffle all the cards... and take the stakes. Think not that you have escaped by fleeing from the mad cities. You with your vine-clad hills, your sunsets and your sunrises, your homely fare and simple round of living!

“I've watched you ever since I came. You have not won. You have surrendered. You have made terms with the enemy. You have made confession that you are tired. You have flown the white flag of fatigue. You have nailed up a notice to the effect that life is ebbing down in you. You have run away from life. You have played a trick, shabby trick. You have balked at the game. You refuse to play. You have thrown your cards under the table and run away to hide, here amongst your hills.”

He tossed his straight hair back from his flashing eyes, and scarcely interrupted to roll a long, brown, Mexican cigarette. 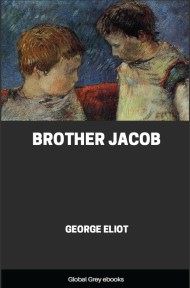 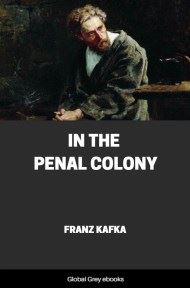 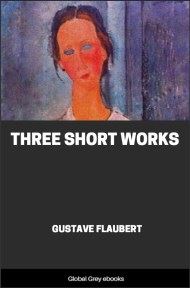 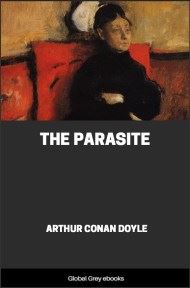