Published in 1516, and originally composed in the Latin language, this book is a frame narrative primarily depicting a fictional island society and its religious, social and political customs.

This book has 98 pages in the PDF version, and was originally published in 1551.

Sir Thomas More, son of Sir John More, a justice of the King's Bench, was born in 1478, in Milk Street, in the city of London. After his earlier education at St. Anthony's School, in Threadneedle Street, he was placed, as a boy, in the household of Cardinal John Morton, Archbishop of Canterbury and Lord Chancellor. It was not unusual for persons of wealth or influence and sons of good families to be so established together in a relation of patron and client. The youth wore his patron's livery, and added to his state.

The patron used, afterwards, his wealth or influence in helping his young client forward in the world. Cardinal Morton had been in earlier days that Bishop of Ely whom Richard III. sent to the Tower; was busy afterwards in hostility to Richard; and was a chief adviser of Henry VII., who in 1486 made him Archbishop of Canterbury, and nine months afterwards Lord Chancellor. Cardinal Morton--of talk at whose table there are recollections in "Utopia"- -delighted in the quick wit of young Thomas More. He once said, "Whoever shall live to try it, shall see this child here waiting at table prove a notable and rare man."

At the age of about nineteen, Thomas More was sent to Canterbury College, Oxford, by his patron, where he learnt Greek of the first men who brought Greek studies from Italy to England--William Grocyn and Thomas Linacre. Linacre, a physician, who afterwards took orders, was also the founder of the College of Physicians. In 1499, More left Oxford to study law in London, at Lincoln's Inn, and in the next year Archbishop Morton died.

More's earnest character caused him while studying law to aim at the subduing of the flesh, by wearing a hair shirt, taking a log for a pillow, and whipping himself on Fridays. At the age of twenty-one he entered Parliament, and soon after he had been called to the bar he was made Under-Sheriff of London.

In 1503 he opposed in the House of Commons Henry VII.'s proposal for a subsidy on account of the marriage portion of his daughter Margaret; and he opposed with so much energy that the House refused to grant it. One went and told the king that a beardless boy had disappointed all his expectations. During the last years, therefore, of Henry VII. More was under the displeasure of the king, and had thoughts of leaving the country.

Henry VII. died in April, 1509, when More's age was a little over thirty. In the first years of the reign of Henry VIII. he rose to large practice in the law courts, where it is said he refused to plead in cases which he thought unjust, and took no fees from widows, orphans, or the poor. He would have preferred marrying the second daughter of John Colt, of New Hall, in Essex, but chose her elder sister, that he might not subject her to the discredit of being passed over.

In 1513 Thomas More, still Under-Sheriff of London, is said to have written his "History of the Life and Death of King Edward V., and of the Usurpation of Richard III." The book, which seems to contain the knowledge and opinions of More's patron, Morton, was not printed until 1557, when its writer had been twenty-two years dead. It was then printed from a MS. in More's handwriting.

In the year 1515 Wolsey, Archbishop of York, was made Cardinal by Leo X.; Henry VIII. made him Lord Chancellor, and from that year until 1523 the King and the Cardinal ruled England with absolute authority, and called no parliament. In May of the year 1515 Thomas More--not knighted yet--was joined in a commission to the Low Countries with Cuthbert Tunstal and others to confer with the ambassadors of Charles V., then only Archduke of Austria, upon a renewal of alliance. On that embassy More, aged about thirty- seven, was absent from England for six months, and while at Antwerp he established friendship with Peter Giles (Latinised AEgidius), a scholarly and courteous young man, who was secretary to the municipality of Antwerp.

Cuthbert Tunstal was a rising churchman, chancellor to the Archbishop of Canterbury, who in that year (1515) was made Archdeacon of Chester, and in May of the next year (1516) Master of the Rolls. In 1516 he was sent again to the Low Countries, and More then went with him to Brussels, where they were in close companionship with Erasmus.

More's "Utopia" was written in Latin, and is in two parts, of which the second, describing the place ([Greek text]--or Nusquama, as he called it sometimes in his letters--"Nowhere"), was probably written towards the close of 1515; the first part, introductory, early in 1516. The book was first printed at Louvain, late in 1516, under the editorship of Erasmus, Peter Giles, and other of More's friends in Flanders. It was then revised by More, and printed by Frobenius at Basle in November, 1518. It was reprinted at Paris and Vienna, but was not printed in England during More's lifetime. Its first publication in this country was in the English translation, made in Edward's VI.'s reign (1551) by Ralph Robinson. 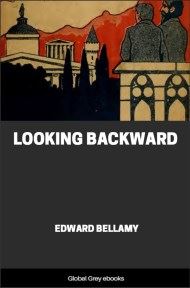 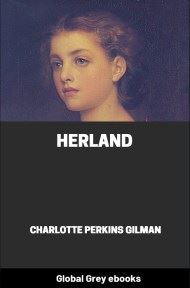