Sun Lore of All Ages

This book has 175 pages in the PDF version, and was originally published in 1914.

Excerpt from 'Sun Lore of All Ages'

IN the literature of celestial mythology, the legends that relate to the creation of the chief luminaries occupy no small part. It was natural that primitive man should at an early date speculate on the great problem of the creation of the visible universe, and especially in regard to the source whence sprang the Sun and the Moon.

This great question, of such vital interest to all nations since the dawn of history, presents a problem that is still unsolved even in this enlightened age, for, although the nebula hypothesis is fairly well established, there are astronomers of note to-day who do not altogether accept it.

The myths that relate to the creation of the sun generally regard that orb as manufactured and placed in motion by a primitive race, or by the God of Light, rather than as existing before the birth of the world. In other legends, the Sun was freed from a cave by a champion, or sprang into life as the sacrifice of the life of a god or hero.

These traditions doubtless arose from the fundamental belief that the Sun and the Moon were personified beings, and that at one time in the world's history man lived in a state of darkness or dim obscurity. The necessity for light would suggest the invention of it, and hence a variety of ingenious methods for procuring it found their way into the mythology of the ancient nations.

Of all the solar creation myths that have come down to us, those of the North American Indians are by far the most interesting because of the ingenuity of the legends, and their great variety. We would expect to find the same myth relating to the creation of the sun predominating, as regards its chief features, among most of the Indian tribes. On the contrary, the majority of the tribes had their own individual traditions as to how the sun came into existence. They agree, however, for the most part, in ascribing to the world a state of darkness or semi-darkness before the sun was manufactured, or found, and placed in the sky.

The great tribes of the North-west coast believe that the Raven, who was their supreme deity, found the sun one day quite accidentally, and, realising its value to man, placed it in the heavens where it has been ever since.

According to the Yuma Indian tradition, their great god Tuchaipa created the world and then the moon. Perceiving that its light was insufficient for man's needs, he made a larger and a brighter orb, the sun, which provided the requisite amount of light.

The Kootenays believed that the sun was created by the coyote, or chicken hawk, out of a ball of grease, but the Cherokee myth that related to the creation of the sun was more elaborate, and seems to imply that the Deluge myth was known to them.

"When the earth was dry and the animals came down, it was still dark, so they got the sun and set it in a track to go every day across the island from east to west just overhead. It was too hot this way, and the Red Crawfish had his shell scorched a bright red so that his meat was spoiled, and the Cherokee do not eat it. The conjurers then put the sun another handbreadth higher in the air, but it was still too hot. They raised it another time, and another until it was seven handbreadths high, and just under the sky arch, then it was right and they left it so. Every day the sun goes along under this arch and returns at night on the upper side to the starting place."

This myth reveals a belief, common to many of the Indian tribes, that originally the sun was much nearer to the earth than now, and his scorching heat greatly oppressed mankind. Strangely enough, although it can be nothing but a coincidence, the nebular hypothesis of modern science predicates that the solar system resulted from the gradual contraction of a nebula. This implies that the planet earth and the sun were once in comparatively close proximity.

Among the Yokut Indians, there was a tradition that at one time the world was composed of rock, and there was no such thing as fire and light. The coyote, who of all the animals was chief in importance, told the wolf to go up into the mountains till he came to a great lake, where he would see a fire which he must seize and bring back. The wolf did as he was ordered, but it was not easy to take the fire, and so he obtained only a small part of it, which he brought back. Out of this the coyote made the moon, and then the sun, and put them in the sky where they have been to this day.

The significant feature of this myth is the fact, that, contrary to the general notion, the moon's creation antedated that of the sun. The explanation of this seeming incongruity appears in the legend of the Yuma Indians given above. The moon, although created first, did not give sufficient light, hence it was necessary to manufacture a source of light of greater power and luminosity. 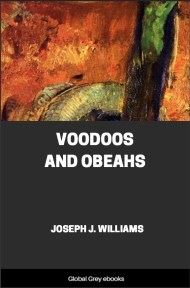 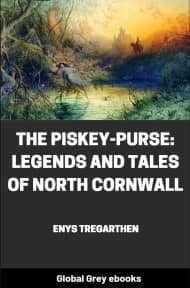 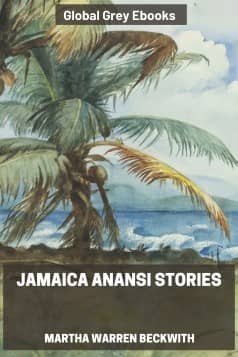