A collection of six essays by German philosopher Arthur Schopenhauer including; Religion, A Dialogue; A Few Words On Pantheism; On Books And Reading; Physiognomy; Psychological Observations; and, The Christian System.

This book has 48 pages in the PDF version. This is a translation by T. Bailey Saunders.

Demopheles. Between ourselves, my dear fellow, I don’t care about the way you sometimes have of exhibiting your talent for philosophy; you make religion a subject for sarcastic remarks, and even for open ridicule. Every one thinks his religion sacred, and therefore you ought to respect it.

Philalethes. That doesn’t follow! I don’t see why, because other people are simpletons, I should have any regard for a pack of lies. I respect truth everywhere, and so I can’t respect what is opposed to it. My maxim isVigeat veritas et pereat mundus, like the lawyers’ Fiat justitia et pereat mundus. Every profession ought to have an analogous advice.

Demopheles. Then I suppose doctors should say Fiant pilulae et pereat mundus — there wouldn’t be much difficulty about that!

Demopheles. Exactly; that’s why I want you to take religion cum grano salis. I want you to see that one must meet the requirements of the people according to the measure of their comprehension. Where you have masses of people of crude susceptibilities and clumsy intelligence, sordid in their pursuits and sunk in drudgery, religion provides the only means of proclaiming and making them feel the hight import of life. For the average man takes an interest, primarily, in nothing but what will satisfy his physical needs and hankerings, and beyond this, give him a little amusement and pastime. Founders of religion and philosophers come into the world to rouse him from his stupor and point to the lofty meaning of existence; philosophers for the few, the emancipated, founders of religion for the many, for humanity at large. For, as your friend Plato has said, the multitude can’t be philosophers, and you shouldn’t forget that. Religion is the metaphysics of the masses; by all means let them keep it: let it therefore command external respect, for to discredit it is to take it away. Just as they have popular poetry, and the popular wisdom of proverbs, so they must have popular metaphysics too: for mankind absolutely needs an interpretation of life; and this, again, must be suited to popular comprehension. Consequently, this interpretation is always an allegorical investiture of the truth: and in practical life and in its effects on the feelings, that is to say, as a rule of action and as a comfort and consolation in suffering and death, it accomplishes perhaps just as much as the truth itself could achieve if we possessed it. Don’t take offense at its unkempt, grotesque and apparently absurd form; for with your education and learning, you have no idea of the roundabout ways by which people in their crude state have to receive their knowledge of deep truths. The various religions are only various forms in which the truth, which taken by itself is above their comprehension, is grasped and realized by the masses; and truth becomes inseparable from these forms. Therefore, my dear sir, don’t take it amiss if I say that to make a mockery of these forms is both shallow and unjust.

Philalethes. But isn’t it every bit as shallow and unjust to demand that there shall be no other system of metaphysics but this one, cut out as it is to suit the requirements and comprehension of the masses? that its doctrine shall be the limit of human speculation, the standard of all thought, so that the metaphysics of the few, the emancipated, as you call them, must be devoted only to confirming, strengthening, and explaining the metaphysics of the masses? that the highest powers of human intelligence shall remain unused and undeveloped, even be nipped in the bud, in order that their activity may not thwart the popular metaphysics? And isn’t this just the very claim which religion sets up? Isn’t it a little too much to have tolerance and delicate forbearance preached by what is intolerance and cruelty itself? Think of the heretical tribunals, inquisitions, religious wars, crusades, Socrates’ cup of poison, Bruno’s and Vanini’s death in the flames! Is all this to-day quite a thing of the past? How can genuine philosophical effort, sincere search after truth, the noblest calling of the noblest men, be let and hindered more completely than by a conventional system of metaphysics enjoying a State monopoly, the principles of which are impressed into every head in earliest youth, so earnestly, so deeply, and so firmly, that, unless the mind is miraculously elastic, they remain indelible. In this way the groundwork of all healthy reason is once for all deranged; that is to say, the capacity for original thought and unbiased judgment, which is weak enough in itself, is, in regard to those subjects to which it might be applied, for ever paralyzed and ruined.

Production notes: This edition of Religion was published by Global Grey ebooks on the 26th October 2018, and updated on the 23rd March 2021. The artwork used for the cover is 'Candlemas Day' by Marianne Stokes. 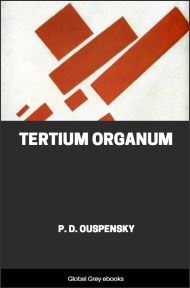 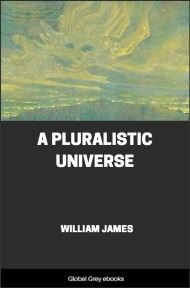