The Prince by Niccolo Machiavelli was first published in 1532. It is a political treatise addressed to Lorenzo de' Medici, Duke of Urbino. One of the most famous of the author's works, and the one that brought the term 'Machiavellian' into use.

It is written as a guide for new princes, and includes chapters on conquests by virtue, and by other people's virtue, conquered kingdoms, obtaining principality's through crimes and misdeeds and how a prince should perform all the wicked deeds he needs to do in one go so that his people will eventually forget them, defense and military, reputation and generousity, and more. At the time of it's publication, the immorality in the book was considered shocking - given that Machiavelli basically teaches princes how to tyrannise their subjects. Of course, this was partly due to the era he lived in - a time of constant political instability and conflict.

The influence the book has had throughout time, cannot be understated. People such as Thomas Cromwell, Henry VIII (in his turn towards Protestantism), and Charles V (a Catholic King), all owned the book. Interestingly enough, both Catholics and Protestants claimed that Machiavelli associated with their side. The founding fathers of the United States are known to have been influenced by The Prince, including Benjamin Franklin, James Madison, Thomas Jefferson, Alexander Hamilton and John Adams. Both Stalin and Mussolini read it, with the former annotating his copy, and the latter writing a discourse on it.

This book has 93 pages in the PDF version, and was originally published in 1532. This translation by W. K. Marriott was first published in 1908.

Production notes: This edition of The Prince was published by Global Grey ebooks on the 12th June 2020, and updated on the 13th July 2021. The artwork used for the cover is 'Portrait of Lorenzo di Medici, Duke of Urbino' by Raphael. 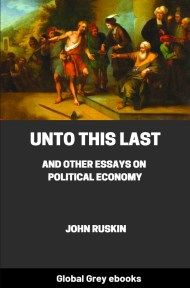