The Dictionnaire philosophique (Philosophical Dictionary) is an encyclopedic dictionary published by Voltaire in 1764. It is alphabetically ordered. Although this order helps readers more easily find articles, this was not meant to be a dictionary or encyclopaedia. In this as in his other works, Voltaire is very concerned about the injustices of the Catholic Church, which he sees as intolerant and fanatical.

This book has 286 pages in the PDF version, and was originally published in 1764.

The great dispute between the ancients and the moderns is not yet settled; it has been on the table since the silver age succeeded the golden age. Mankind has always maintained that the good old times were much better than the present day. Nestor, in the "Iliad," wishing to insinuate himself as a wise conciliator into the minds of Achilles and Agamemnon, starts by saying to them—"I lived formerly with better men than you; no, I have never seen and I shall never see such great personages as Dryas, Cenæus, Exadius, Polyphemus equal to the gods, etc."

Posterity has well avenged Achilles for Nestor's poor compliment. Nobody knows Dryas any longer; one has hardly heard speak of Exadius, or of Cenæus; and as for Polyphemus equal to the gods, he has not too good a reputation, unless the possession of a big eye in one's forehead, and the eating of men raw, are to have something of the divine.

Lucretius does not hesitate to say that nature has degenerated (lib. II. v. 1159). Antiquity is full of eulogies of another more remote antiquity. Horace combats this prejudice with as much finesse as force in his beautiful Epistle to Augustus (Epist. I. liv. ii.). "Must our poems, then," he says, "be like our wines, of which the oldest are always preferred?"

The learned and ingenious Fontenelle expresses himself on this subject as follows:

"The whole question of the pre-eminence between the ancients and the moderns, once it is well understood, is reduced to knowing whether the trees which formerly were in our countryside were bigger than those of to-day. In the event that they were, Homer, Plato, Demosthenes cannot be equalled in these latter centuries.

"Let us throw light on this paradox. If the ancients had more intellect than us, it is that the brains of those times were better ordered, formed of firmer or more delicate fibres, filled with more animal spirits; but in virtue of what were the brains of those times better ordered? The trees also would have been bigger and more beautiful; for if nature was then younger and more vigorous, the trees, as well as men's brains, would have been conscious of this vigour and this youth." ("Digression on the Ancients and the Moderns," vol. 4, 1742 edition.)

With the illustrious academician's permission, that is not at all the state of the question. It is not a matter of knowing whether nature has been able to produce in our day as great geniuses and as good works as those of Greek and Latin antiquity; but to know whether we have them in fact. Without a doubt it is not impossible for there to be as big oaks in the forest of Chantilli as in the forest of Dodona; but supposing that the oaks of Dodona had spoken, it would be quite clear that they had a great advantage over ours, which in all probability will never speak.

Nature is not bizarre; but it is possible that she gave the Athenians a country and a sky more suitable than Westphalia and the Limousin for forming certain geniuses. Further, it is possible that the government of Athens, by seconding the climate, put into Demosthenes' head something that the air of Climart and La Grenouillère and the government of Cardinal de Richelieu did not put into the heads of Omer Talon and Jérome Bignon.

This dispute is therefore a question of fact. Was antiquity more fecund in great monuments of all kinds, up to the time of Plutarch, than modern centuries have been from the century of the Medicis up to Louis XIV. inclusive?

The Chinese, more than two hundred years before our era, constructed that great wall which was not able to save them from the invasion of the Tartars. The Egyptians, three thousand years before, had overloaded the earth with their astonishing pyramids, which had a base of about ninety thousand square feet. Nobody doubts that, if one wished to undertake to-day these useless works, one could easily succeed by a lavish expenditure of money. The great wall of China is a monument to fear; the pyramids are monuments to vanity and superstition. Both bear witness to a great patience in the peoples, but to no superior genius. Neither the Chinese nor the Egyptians would have been able to make even a statue such as those which our sculptors form to-day.

The chevalier Temple, who has made it his business to disparage all the moderns, claims that in architecture they have nothing comparable to the temples of Greece and Rome: but, for all that he is English, he must agree that the Church of St. Peter is incomparably more beautiful than the Capitol was.

It is curious with what assurance he maintains that there is nothing new in our astronomy, nothing in the knowledge of the human body, unless perhaps, he says, the circulation of the blood. Love of his own opinion, founded on his vast self-esteem, makes him forget the discovery of the satellites of Jupiter, of the five moons and the ring of Saturn, of the rotation of the sun on its axis, of the calculated position of three thousand stars, of the laws given by Kepler and Newton for the heavenly orbs, of the causes of the precession of the equinoxes, and of a hundred other pieces of knowledge of which the ancients did not suspect even the possibility.

The discoveries in anatomy are as great in number. A new universe in little, discovered by the microscope, was counted for nothing by the chevalier Temple; he closed his eyes to the marvels of his contemporaries, and opened them only to admire ancient ignorance.

He goes so far as to pity us for having nothing left of the magic of the Indians, the Chaldeans, the Egyptians; and by this magic he understands a profound knowledge of nature, whereby they produced miracles: but he does not cite one miracle, because in fact there never were any. "What has become," he asks, "of the charms of that music which so often enchanted man and beast, the fishes, the birds, the snakes, and changed their nature?"

This enemy of his century really believes the fable of Orpheus, and has not apparently heard either the beautiful music of Italy, or even that of France, which in truth does not charm snakes, but does charm the ears of connoisseurs.

What is still more strange is that, having all his life cultivated belles-lettres, he does not reason better about our good authors than about our philosophers. He looks on Rabelais as a great man. He cites the "Amours des Gaules" as one of our best works. He was, however, a scholar, a courtier, a man of much wit, an ambassador, a man who had reflected profoundly on all he had seen. He possessed great knowledge: a prejudice sufficed to spoil all this merit. 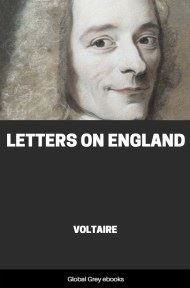 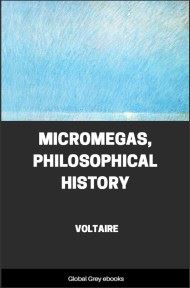 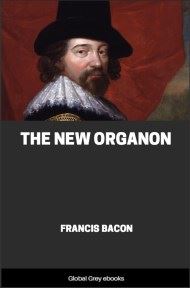