This book has 59 pages in the PDF version, and was originally published in 1909.

Excerpt from 'The Path of Light'

About a hundred miles north from Benares, on the border of Nepal, where the plain of the Ganges begins to rise to the uplands at the edge of the mighty Himalayas, lies a little region which was once the home of the Śākyas, a class of Kshatriyas, or men of the warrior caste. To Suddhodana of Kapila-vastu, a nobleman of the Gautama family of this tribe, was born about 660 B.C. a. son Siddhārtha. When he grew up Siddhārtha likewise married and begot a son, Rāhula, by name. And then, when he was about twenty-nine years of age, as tradition relates, Siddhārtha became weary of the world and the flesh. The ghastly riddle of Life—Life with its endless vicissitudes of phantom pleasure and ever-renewed pain—was ceaselessly pressing itself upon him, as it has pressed itself upon so many thousands of other Hindus, and he could find no rest in his father's home. So he left the world, to become a wandering beggar-student, in the hope of finding the key to the great mystery in the teachings of some master of philosophic lore. But none of the teachers whom he met could satisfy the hunger of his soul, and the severest mortification of the flesh brought him no light.

One day, as he sat meditating in the shadow of a fig-tree, his long searchings of heart came to an end, and the answer to the mystery of life was revealed to him. Henceforth he was the Buddha, the Enlightened Seer, who had won the perfect peace of spiritual knowledge, the Nirvāṇa; and the remaining years of his long life were passed in imparting his teaching for the salvation of his fellow-creatures, and thus founding the Buddhist Church, until about 482 B.C., full of years and honour, he departed to the supreme Nirvāṇa.

When we examine the doctrines which appear to have been taught by the Buddha, we see that they are founded upon two ancient conceptions that are characteristic of Hindu thought: the pessimistic idea of Karma, and the Saṃsāra, "works" and "wandering." According to the usual Indian creed, the Universe is tenanted by a countless number of souls in various degrees of elevation; and each of them must pass through an endless number of births and deaths in the most various kinds of bodies. Every moment of experience that each soul undergoes in each incarnation is the direct result of an act performed in a former birth or later, and in its turn bears fruit in a future experience, thus forming a series of sorrows without beginning and without end. For life, however pleasant it may seem, is in reality but a long illusive agony, from which only the few escape who by their perfect spiritual insight win to identity with the transcendental Being, Brahma.

Now the Buddha, according to the ancient tradition of the Pali Canon, dissented from this teaching on one very important point. He denied that there is a soul in the individual, and that there is a God, or Supreme Being, working in the manifold phenomena of the universe. Of course he believed in gods: no Hindu has ever seriously called them into question; but the gods, according to him, differed only in degree from mankind, and neither class possessed that permanent centre of thought, that unchanging identity of consciousness, which we call "soul" or "self." Our thoughts are never quite the same from second to second; our mental life is only a series of causally connected instants of consciousness. By this denial the Buddha thought that he could more readily remove the moral and intellectual weakness of humanity which is founded upon the conception "I am"; for if there is no real subject of thought, no "soul" or "self," it cane of predicate its own existence, and therefore cannot conceive selfish desire. And desire is the root of embodied life, and therefore of all evil.

The Buddha therefore taught a "Middle Path," equally remote from worldly ways and from extreme asceticism, the "Noble Path of Eight Members." The members of this Path are as follows: Right Views, or acceptance of the Buddha's teachings which we have above set forth; Right Desires, or pure aspirations making for righteousness, charity, and purity of heart; Right Speech; Right conduct; Right Livelihood; Right Effort, or constant intentness to avoid lapses into frailties of thought or conduct; Right Mindfulness, or continual dwelling of the memory on the teachings of the Faith for the same purpose; and Right Ecstasy, or spiritual exercises tending to promote the peace and sanctity of the mind. This "Noble Path" is one of the four "Noble Truths" which are the pillars of the Buddha's system—to wit, the fact that life is miserable, the fact that its miser has a cause, the fact that this cause can be killed and thereby the sorrow of life removed, and the fact that the "Noble Path" is the only method that can attain this end, for it destroys the selfish individualism inherent in the human mind, the "original sin," and creates a universal knowledge and sympathy and a spiritual calm and purity which are salvation.

The Buddha's doctrine as to the real nature of Being and consciousness was expressed in a famous formula, called in Sanskrit Pratītya-samutpāda and in Pali Paṭichcha-samuppāda, which means "origination in a causal series." The members of this series are as follows

Being (Sanskrit and Pali, bhava).

Principal Teachings of the True Sect of Pure Land 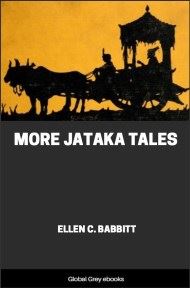 The Creed of Buddha 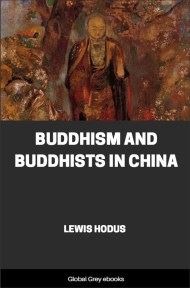 Buddhism and Buddhists in China