A Negro Explorer at the North Pole 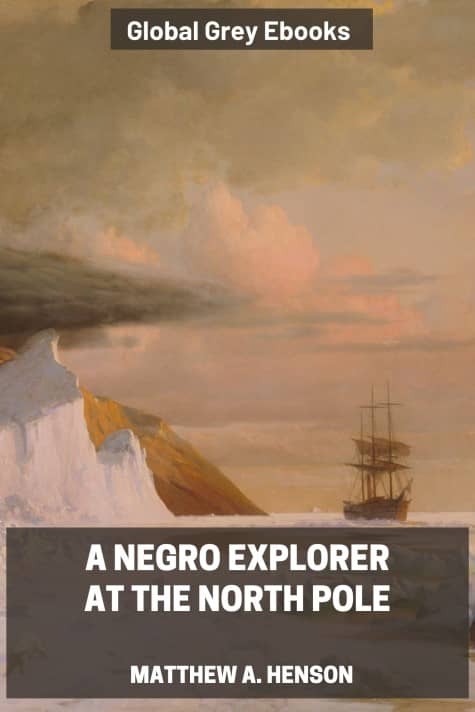 A Negro Explorer at the North Pole is the memoir of Matthew A. Henson, an African-American explorer, first published in 1912. Henson accompanied Robert Peary on seven expeditions to the Arctic. In a 1909 voyage, they claimed to have reached the North Pole, a fact that was in dispute at the time, as well as more recently. Henson was the first African American to be made a life member of The Explorers Club, awarded duplicates of the Peary Polar Expedition Medal, and in 1988, he and his wife's bodies were moved to Arlington National Cemetery.

This book has 71 pages in the PDF version, and was originally published in 1912.

Production notes: This ebook of A Negro Explorer at the North Pole was published by Global Grey ebooks on the 14th March 2021. The artwork used for the cover is 'An Arctic Summer' by William Bradford.