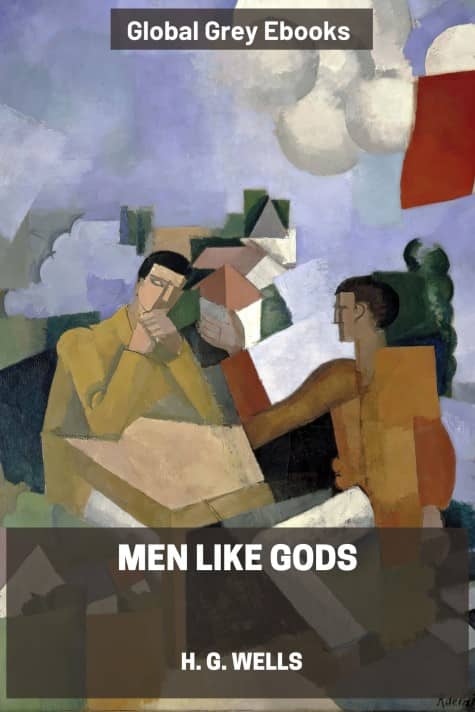 Men Like Gods is a book by English author H. G. Wells, first published in 1923. Set in the summer of 1921, the story involves Mr. Barnstaple, a journalist who, becoming tired of his job, decides to take a holiday on his own. His plans for a quiet break are interrupted when his car is accidentally transported to another dimension called Utopia. An advanced earth that is around 3,000 years ahead of our own, Utopia is home to 200 million people and has no government, functioning instead as a successful anarchy. Barnstaple, along with two other 'earthlings' are quarantined for a while after they cause an epidemic in the new world. Whilst his unwitting companions hatch nefarious plans to conquer Utopia, Barnstaple longs to stay in the world. The Utopians however, tell him that right now, he can best serve them by returning to his own world, which he does with a new vigour and a determination to do his best to bring Utopia to our own earth.

Although reviews at the time of publication were largely positive, Wells did receive criticism for neglecting the science-fiction aspect of the novel, using the book instead to discuss his own ideas on how to achieve a better society.

This book has 149 pages in the PDF version, and was originally published in 1923.

Production notes: This ebook of Men Like Gods was published by Global Grey on the 7th February 2022. The artwork used for the cover is 'Conquest of the Air' by Roger de La Fresnaye.

You can help the site by donating or by buying a collection, like the Fiction one, with 816 ebooks for only £25