Lewis Spence recounts tales of knights, kings and saints, some more or less historical in nature, others set in the timeless land of the fairy-tales. Brittany also has extensive lore of fairy-folk, including several unique species, such as the Korrigan, Nain, Goric, and the dread Ankou, a female spirit of death. Chapters include: The Land, The People And Their Story; Menhirs And Dolmens; The Fairies Of Brittany; Sprites And Demons Of Brittany; World-Tales In Brittany; Breton Folk-Tales; Popular Legends Of Brittany; Hero-Tales Of Brittany; The Black Art And Its Ministers; Arthurian Romance In Brittany; The Breton Lays Of Marie De France; The Saints Of Brittany; and, Costumes And Customs Of Brittany.

This book has 293 pages in the PDF version, and was originally published in 1917.

Excerpt from 'Legends and Romances of Brittany'

ALTHOUGH the folk-tales and legends of Brittany have received ample attention from native scholars and collectors, they have not as yet been presented in a popular manner to English-speaking readers. The probable reasons for what would appear to be an otherwise incomprehensible omission on the part of those British writers who make a popular use of legendary material are that many Breton folk-tales strikingly resemble those of other countries, that from a variety of considerations some of them are unsuitable for presentation in an English dress, and that most of the folk-tales proper certainly possess a strong family likeness to one another.

But it is not the folk-tale alone which goes to make up the romantic literary output of a people; their ballads; the heroic tales which they have woven around passages in their national history, their legends (employing the term in its proper sense), along with the more literary attempts of their romance-weavers, their beliefs regarding the supernatural, the tales which cluster around their ancient homes and castles--all of these, although capable of separate classification, are akin to folk-lore, and I have not, therefore, hesitated to use what in my discretion I consider the best out of immense stores of material as being much more suited to supply British readers with a comprehensive view of Breton story. Thus, I have included chapters on the lore which cleaves to the ancient stone monuments of the country, along with some account of the monuments themselves. The Arthurian matter especially connected with Brittany I have relegated to a separate chapter, and I have considered it only fitting to include such of the lais of that rare and human songstress Marie de France as deal with the Breton land. The legends of those sainted men to whom Brittany owes so much will be found in a separate chapter, in collecting the matter for which I have obtained the kindest assistance from Miss Helen Macleod Scott, who has the preservation of the Celtic spirit so much at heart. I have also included chapters on the interesting theme of the black art in Brittany, as well as on the several species of fays and demons which haunt its moors and forests; nor will the heroic tales of its great warriors and champions be found wanting. To assist the reader to obtain the atmosphere of Brittany and in order that he may read these tales without feeling that he is perusing matter relating to a race of which he is otherwise ignorant, I have afforded him a slight sketch of the Breton environment and historical development, and in an attempt to lighten his passage through the volume I have here and there told a tale in verse, sometimes translated, sometimes original.

As regards the folk-tales proper, by which I mean stories collected from the peasantry, I have made a selection from the works of Gaidoz, Sébillot, and Luzel. In no sense are these translations; they are rather adaptations. The profound inequality between Breton folk-tales is, of course, very marked in a collection of any magnitude, but as this volume is not intended to be exhaustive I have had no difficulty in selecting material of real interest. Most of these tales were collected by Breton folk-lorists in the eighties of the last century, and the native shrewdness and common sense which characterize much of the editors' comments upon the stories so carefully gathered from peasants and fishermen make them deeply interesting. It is with a sense of shortcoming that I offer the reader this volume on a great subject, but should it succeed in stimulating interest in Breton story, and in directing students to a field in which their research is certain to be richly rewarded, I shall not regret the labour and time which I have devoted to my task. 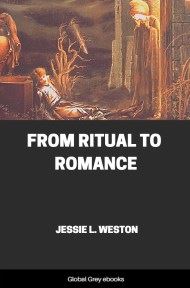 From Ritual to Romance 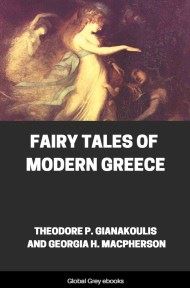 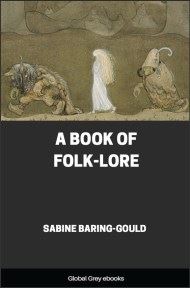