L'Œuvre ('The Work' - often published in English under the title 'His Masterpiece') is the fourteenth novel in the Rougon-Macquart series by Emile Zola. The work in question is a work of art, with the main character, Claude Lantier trying to painta work of art that truly reflects his genius. The book is a fictional account of the author's actual friendship with French artist Paul Cézanne, and the story portrays the art world in Paris in the middle of the 19th century. Cézanne wasn't that impressed with the book though, and it is said that it caused the end of their friendship.

This book has 380 pages in the PDF version, and was originally published in 1886; this is a translation by Ernest Alfred Vizetelly.

Excerpt from 'His Masterpiece'

'HIS MASTERPIECE,’ which in the original French bears the title of L’Oeuvre, is a strikingly accurate story of artistic life in Paris during the latter years of the Second Empire. Amusing at times, extremely pathetic and even painful at others, it not only contributes a necessary element to the Rougon-Macquart series of novels — a series illustrative of all phases of life in France within certain dates — but it also represents a particular period of M. Zola’s own career and work. Some years, indeed, before the latter had made himself known at all widely as a novelist, he had acquired among Parisian painters and sculptors considerable notoriety as a revolutionary art critic, a fervent champion of that ‘Open-air’ school which came into being during the Second Empire, and which found its first real master in Edouard Manet, whose then derided works are regarded, in these later days, as masterpieces. Manet died before his genius was fully recognised; still he lived long enough to reap some measure of recognition and to see his influence triumph in more than one respect among his brother artists. Indeed, few if any painters left a stronger mark on the art of the second half of the nineteenth century than he did, even though the school, which he suggested rather than established, lapsed largely into mere impressionism — a term, by the way, which he himself coined already in 1858; for it is an error to attribute it — as is often done — to his friend and junior, Claude Monet.

It was at the time of the Salon of 1866 that M. Zola, who criticised that exhibition in the Evenement newspaper, first came to the front as an art critic, slashing out, to right and left, with all the vigour of a born combatant, and championing M. Manet — whom he did not as yet know personally — with a fervour born of the strongest convictions. He had come to the conclusion that the derided painter was being treated with injustice, and that opinion sufficed to throw him into the fray; even as, in more recent years, the belief that Captain Dreyfus was innocent impelled him in like manner to plead that unfortunate officer’s cause. When M. Zola first championed Manet and his disciples he was only twenty-six years old, yet he did not hesitate to pit himself against men who were regarded as the most eminent painters and critics of France; and although (even as in the Dreyfus case) the only immediate result of his campaign was to bring him hatred and contumely, time, which always has its revenges, has long since shown how right he was in forecasting the ultimate victory of Manet and his principal methods.

In those days M. Zola’s most intimate friend — a companion of his boyhood and youth — was Paul Cezanne, a painter who developed talent as an impressionist; and the lives of Cezanne and Manet, as well as that of a certain rather dissolute engraver, who sat for the latter’s famous picture Le Bon Bock, suggested to M. Zola the novel which he has called L’Oeuvre. Claude Lantier, the chief character in the book, is, of course, neither Cezanne nor Manet, but from the careers of those two painters, M. Zola has borrowed many little touches and incidents. The poverty which falls to Claude’s lot is taken from the life of Cezanne, for Manet — the only son of a judge — was almost wealthy. Moreover, Manet married very happily, and in no wise led the pitiful existence which in the novel is ascribed to Claude Lantier and his helpmate, Christine. The original of the latter was a poor woman who for many years shared the life of the engraver to whom I have alluded; and, in that connection, it as well to mention that what may be called the Bennecourt episode of the novel is virtually photographed from life.

Whilst, however, Claude Lantier, the hero of L’Oeuvre, is unlike Manet in so many respects, there is a close analogy between the artistic theories and practices of the real painter and the imaginary one. Several of Claude’s pictures are Manet’s, slightly modified. For instance, the former’s painting, ‘In the Open Air,’ is almost a replica of the latter’s Dejeuner sur l’Herbe (‘A Lunch on the Grass’), shown at the Salon of the Rejected in 1863. Again, many of the sayings put into Claude’s mouth in the novel are really sayings of Manet’s. And Claude’s fate, at the end of the book, is virtually that of a moody young fellow who long assisted Manet in his studio, preparing his palette, cleaning his brushes, and so forth. This lad, whom Manet painted in L’Enfant aux Cerises (‘The Boy with the Cherries’), had artistic aspirations of his own and, being unable to justify them, ended by hanging himself.

I had just a slight acquaintance with Manet, whose studio I first visited early in my youth, and though the exigencies of life led me long ago to cast aside all artistic ambition of my own, I have been for more than thirty years on friendly terms with members of the French art world. Thus it would be comparatively easy for me to identify a large number of the characters and the incidents figuring in ‘His Masterpiece’; but I doubt if such identification would have any particular interest for English readers. I will just mention that Mahoudeau, the sculptor, is, in a measure, Solari, another friend of M. Zola’s boyhood and youth; that Fagerolles, in his main features, is Gervex; and that Bongrand is a commingling of Courbet, Cabanel and Gustave Flaubert. For instance, his so-called ‘Village Wedding’ is suggested by Courbet’s ‘Funeral at Ornans’; his friendship for Claude is Cabanel’s friendship for Manet; whilst some of his mannerisms, such as his dislike for the praise accorded to certain of his works, are simply those of Flaubert, who (like Balzac in the case of Eugenie Grandet) almost invariably lost his temper if one ventured to extol Madame Bovaryin his presence. Courbet, by the way, so far as disposition goes, crops up again in M. Zola’s pages in the person of Champbouvard, a sculptor, who, artistically, is a presentment of Clesinger. 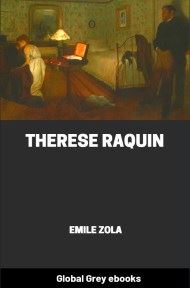 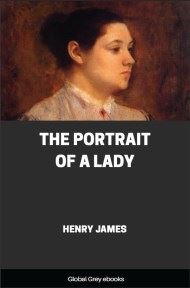