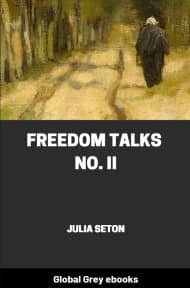 Available in PDF, epub, and Kindle ebook. This book has 53 pages in the PDF version.

Freedom Talks No. II is a short new thought book by Julia Seton. Seton was the founder of The New Civilization Church. Chapters include: The Secret of Healing; The Risen Self; Transcendentalism; Psychology of Insanity; The Law Eternal; The Outside and the Inside of Life; The Measure of Ourself; Perfect Liberty; Cosmic Therapeutics; and, Absent Treatments.

Last week, around 25,000 people downloaded books from my site - 5 people gave donations. These books can take me from 2 to 10 hours to create. I want to keep them free, but need some support to be able to do so. If you can, please make a small donation using the PayPal or Stripe button below (average donation is £2.50). You can also support the site by buying a collection, such as the Mind and Body one, with 80 ebooks for only £4.00

Excerpt from Freedom Talks No. II

"And the word was made flesh and dwelt among us, and we beheld his glory full of grace and truth."

Ever since the birth of the human race there have been health and disease. Everywhere we find those who live at levels of comprehension that cannot express in flesh the perfect power of the word and these must by natural law take on the form of whatever they have power to comprehend.

Health is man's immortal birthright; it is eternal in the universal plan, and it can be made to become eternal in the life of men in just the hour they understand the laws of their own being.

There are two expressions of energy in the universe; one is called the constructive, the other the destructive; the one builds up, the other tears down. This must forever be so, for only as matter is destroyed and passed back into energy can the energy pass out again into finer forms.

Living in these great universal currents of construction and destruction, man relates himself constantly with one or both through the simple law of his own consciousness, and only as he learns the laws of his own being and consciously places himself in a position of power can he ever hope to escape the results which the negative, destructive currents produce in his body and his environment.

Today we know that the world in which we live is nothing but a great sea of energy which, in the undifferentiated, is called God, and in the differentiated is called matter or form, or, to make it more simple, we can call one the energy that creates, and the other the things created from and by this energy.

Man and his environment are created by this energy: He is a localized center of force and he becomes the expression in form of just whatever he relates with under the law of cosmic correspondence.

We have found that this great energy is also intelligence and is nothing but mind with its various manifestations. We know today that the atoms of the atmosphere are intelligence, and as they touch one another throughout space, it is through this atomic mind that messages are carried, and currents are generated which can heal patients at a distance.

Everything in the universe is in a state of intelligent association, and when the atoms become expressed in human form, they pass into that expression of the universal mind known as human consciousness.

All human life is simply different tastes of consciousness brought about by the different vibratory rates to which our atoms respond.

The physical body is composed of a group of atoms attuned to move at a certain vibratory rate, and within this physical body is another body of finer atoms attuned to a still higher vibration and in relationship with the higher electrical currents of the universe. There has not been much told about this finer body, but it is time the sick world knows this law of being, for then it will be in a position to control its own life. This finer body is the "thought body" or psychic body and it is upon this that the physical body depends for its power, just as the very best instrument in the world depends upon the player for its expressed melody.

All sight, all hearing, all function is in this psychic body, not in the physical one. What many of the psychologists call the subconscious mind is only the registered intelligence of the psychic self. This psychic self is in direct communication with the cosmic self and with the physical self, and it is through this we become cosmic in our human consciousness.

The psychic body manifests through idea centers of the human brain and it is directly related with the cosmic currents through the solar plexus of the physical body. The higher concept centers of the mind are the switchboard where connections are made, and it is in this way that the psychic body registers its vibrations in the physical, and the physical registers in the psychic--there is a circle of consciousness established by the two minds. This would be of no particular value to us, if it did not prove to us the source of disease, for when we look scientifically and psychologically at disease, we must see that it is simply disassociation between the psychic and the physical selves, and comes as the natural loss of poise, either physically, mentally or psychically.

Watching the play of human disease around us we can soon see that there are two distinct ways by which disassociation of these selves begins; first, through the mind by negative thinking, and second through the emotions by negative feeling.

Our thoughts and our will are the great avenues by which we admit anything into our psychic self, and are also the means by which we exclude all things.

The whole poise of an individual can be destroyed by thoughts of fear, hate, grief and anger; fright has killed and all these states of emotion are simply grades of vibration, setting up inharmonious, psychical activity, and leaving their corresponding effects upon the physical cells.

It is known only too well today by those who seek to know, that back of all such physical conditions as nervousness, prostration, temporary insanity, nervous disorders, pains resembling rheumatism, hay fever, heart troubles, mental symptoms, nervous chills, morbid forebodings and mild mania, there lurks the abnormal activity of the psychic or "thought body" caused by thoughts and feelings acting abnormally upon the vital centers of the nervous system and mind.

New Thought declares that all diseases, except accidental wounds and fractures begin in the psychic or "thought body" as energy and then are registered in the physical cells as organic or functional disease. The Triumph of the Man Who Acts 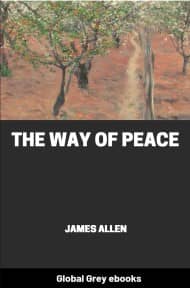 The Higher Powers of Mind and Spirit 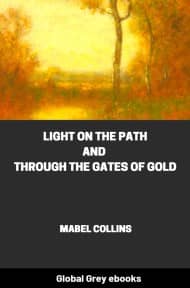 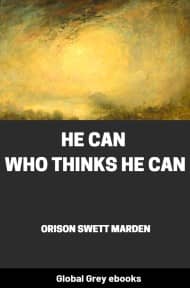 He Can Who Thinks He Can