Fully illustrated with over 150 illustrations. Starting with a mass of anecdotes from contemporary observations in Italy and rural England, Elworthy, using all of his skills as a folklorist and etymologist, delves deeper. He gives examples of the belief on a world-wide basis and far back in time, to classical paganism and beyond. He also elaborates all of the methods that have been used to ward off the jettatura, including talismans, spells, spitting, hand gestures and many others.

This book has 369 pages in the PDF version, and was originally published in 1895.

Excerpt from 'The Evil Eye'

A great authority, who has dealt exhaustively with the subject of the Occult Sciences, including Omens, Augury, and Astrology, does not even allude to the belief in the evil eye, which we take to be the basis and origin of the Magical Arts. About these the earliest known writings and the most ancient monuments give abundant evidence. Dr. Tylor calls the belief in magic "one of the most pernicious delusions that ever vexed mankind"; and considering magic merely as the handmaid, or the tool, of envy, this description accords well with that of Bacon, as the vilest and most depraved of all "affections."

The practice of magic as defined by Littré, "Art prétendu de produire des effets contre l'ordre de la nature," began with the lowest known stages of civilisation; and although amongst most savage races it is still the chief part of religion, yet it is not to be taken in all cases as the measure of the civilisation of the people practising it. The reason we assign is, that outward circumstances, such as local natural features, or climate, tend to make the mental condition of certain people specially susceptible of feelings, upon which magical arts can exert an influence altogether out of proportion to the culture of the persons affected. In fact, the more imaginative races, those who have been led to adopt the widest pantheon, have been mostly those upon whom magic has made the most impression; and what was once, and among certain races still is, a savage art, lived on, grew vigorously, and adopted new developments, among people in their day at the head of civilisation. Thus it has stood its ground in spite of all the scoffs of the learned, and the experimental tests of so-called scientific research, until we may with confidence assert that many practices classed as occult, and many beliefs which the educated call superstitious, are still performed and held firmly by many amongst ourselves, whom we must not brand as ignorant or uncultured. No doubt the grosser forms of enchantment and sorcery have passed away; no doubt there is much chicanery in the doings of modern adepts; yet, call it superstition or what we may, there are acts performed every day by Spiritualists, Hypnotists, Dowsers and others, which may well fall within the term Magic; yet the most sceptical is constrained to admit, that in some cases an effect is produced which obliges us to omit the word prétendu from our definition.

We cannot explain how, but undoubtedly there is in certain individuals a faculty, very occult, by which the divining rod does twist in the grasp of persons whose honour and good faith are beyond suspicion. The writer has seen the hazel twig twist in the hands of his own daughter, when held in such a position that no voluntary action on her part could possibly affect it. Moreover, a professional Dowser makes no mystery or hocus-pocus about it; he plainly declares he does not know how, or why, the twig or watch-spring moves when he passes over water; nor can he even teach his own sons to carry on his business. Of all arts we may say of his, nascitur, non fit.

Again, there are certain phenomena in thought-reading, which are well-established facts, clear to our senses. Above all, there are the strange powers possessed by Hypnotists over their patients, which we can no more explain than we can that minutely recorded act of the Witch of Endor who "brought up" Samuel, and instantly discovered thereby that Saul himself was with her. Without believing either in magic or the evil eye, the writer fully agrees that "much may be learnt" from a study of the belief, and of the many practices to which it has given rise. It is needful, however, to approach the subject with an open, judicial mind, and not to reject all, like the "Pharisees of Science," that our superior understanding is unable to explain. Our senses, our experience, alike tell us that there exist many facts and appearances, which appealed strongly to the despised judgment of our forefathers, rude and cultured alike, which never have been either disproved or explained, and some of these facts have been held as firm articles of belief in all ages.

Mr. De Vere expresses precisely what we mean when he says of the imaginative, rather than the critical mind of our chivalrous ancestors of the Middle Ages, that "they delightedly believed much that many modern men unreasonably disbelieve to show their cleverness."

It is easy, and the failure of modern science has made it safe, to call everything we cannot understand contemptible superstition. It is however satisfactory and even consolatory, in pursuing our subject, to know that the same word superstition has been applied by "superior persons," indifferently and impartially, to the most sacred doctrines of Christianity, to the belief in our Lord's miracles, to most solemn mysteries, and creeds other than those of our infallible selves, to the magic omens and portents which many believe in, and to the incantations or enchantments of charlatans, wizards, and sorcerers.

The more, however, we study with unbiassed mind the subjects which are called occult, the more evident will it become, even to the least advanced or enlightened amongst us, that there is a whole world of facts, operations, and conditions, with which our human senses and powers of comprehension are quite incapable of dealing. This has certainly been the experience of all people in all ages; we see in his magic but the feeble efforts of feeble man to approach and to step over the boundary his senses can appreciate, into what is intended to be, and must always remain, beyond his ken-essentially the supernatural. 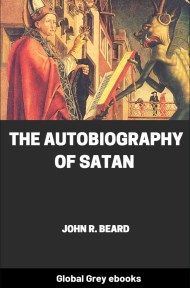 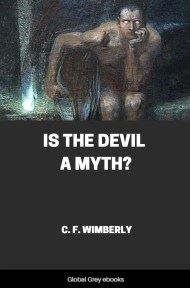 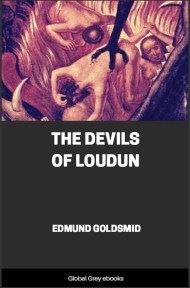 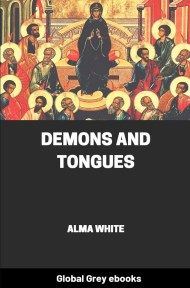