The Book of Revelation

This is the Rev. Clarence Larkin's guide to the Book of Revelation. Larkin, who published several books about biblical studies in the 1910s and 20s, was a 'Dispensationalist,' one of the threads of modern Evangelical Christianity. Unlike more recent authors, Larkin does not make any claims to know when or exactly how the prophecies will unfold. Rather he takes us on a grand tour of the Apocalypse of St. John, and guides us through its images, symbols and poetry. Larkin sorts out what could be a reference to an actual event or person, and what is pure symbolism.

This book has 322 pages in the PDF version, and was originally published in 1919.

Excerpt from 'The Book of Revelation'

The word "Revelation" in the Greek is "APOCALUPSIS." Hence the title "THE APOCALYPSE," by which it is often called. It is from the verb "APOCALUPTO," to unveil; from "APO," away from; and "KALUMMA," a veil. Hence "Apocalupsis" means a taking away of a veil, as when a statue is unveiled, that what is behind the veil may be seen. It is not so much a revelation or unveiling of the Person of Christ, though it discloses His High Priestly and Kingly glory, as it is the unveiling of those events that shall precede and accompany His return to the earth. This is seen from the fact that what is revealed in the Book, was given unto Jesus Christ, by God the Father, to show unto His Servants the "things which must shortly come to pass."

When Jesus was asked just before His death, when the things that He had prophesied against Jerusalem should come to pass (Mark 13:1-31), He replied in verse 32, "But of that day and that hour knoweth no man, no, not the angels which are in Heaven, neither (NOT YET) the Son, but the FATHER." But after His Ascension He received from the Father the information that the Disciples asked for, and before the close of the first century, while at least one of those Disciples was still living, the beloved John, He sent an angel messenger to impart to him, and through him to the Churches, the information that is "unveiled" in this Book of Revelation. Thus we see that the canon of Scripture would be incomplete without this message from Jesus to His Church after His return to Heaven.

While the Apostle John is the writer of the Book he is not the author or composer. The Author was the Lord Jesus Himself. The Apostle was only a "scribe" or "amanuensis." Twice he declares that the contents of the Book were revealed to him by an angel. Rev. 1:1; 22:8. The fact that the style of the Book differs so strikingly from the other writings of John, as the Gospel and Epistles, is the strongest kind of evidence that John did not compose the Book, but that it was dictated or visualized to him. In its subject matter, and in the majesty and sublimity of its language, which is in harmony with its contents, the Book of Revelation differs from all other books, and is incomparably above them, thus revealing its Divine Authorship. In fact it is the only portion of the New Testament to which Jesus gives His endorsement, and affixes His signature, saying at its close--"I JESUS have sent Mine Angel to testify unto you these things in the Churches." Rev. 22:16.

The Book of Revelation then is not a compilation of Jewish "Apocalyptic Literature," intermixed with "Heathen Visions Christianized," thus being a "patchwork" of Jewish and Heathen Folklore, but it is the Revelation of Jesus Christ, which God gave unto Him, to show unto His servants things which must shortly come to pass. This He sent by His ANGEL. Who this Angel was we are not told, but when John fell down to worship him, he said, "See thou do it not: for I am thy fellowservant, and of thy brethren the prophets, and of them which keep the sayings of this book." Rev. 22:8-9. He must therefore have been one of the old prophets raised for the purpose.

The Book is a PROPHETIC Book. It is not a history. It does not record the past, but reveals the future. It makes this claim in the Title--"Blessed is he that readeth, and they that hear the words of THIS PROPHECY," Rev. 1:3; and four times in the concluding chapter. Rev. 22:7, 10, 18, 19. It is the summing up and consummation of all prophecy. In it all unfulfilled prophecy is fulfilled. It is the "finality" in prophecy until Jesus comes back. There has been no "new revelation" since it was written; and all those who claim to have received new and later "revelations" are impostors and false prophets. There is no place for "additions" or "subtractions" in the Book. It opens with a "blessing" promised the reader. and ends with a "curse" upon those who "ADD UNTO" or "TAKE FROM" it. Rev. 1:3; 22:18-19.

Nothing is said about understanding the Book, but blessed is he that "readeth," or if too illiterate to read, blessed are they that "hear," that is, listen to its reading. The reference here is doubtless to the "reader" and "hearers" of the Scripture as read in the Synagogue in the Apostle's day. That the Book should be shunned by many because of its mysterious character is no wonder. It is one of the "devices" of Satan to get people to neglect a Book that foretells his casting as "Prince of the Powers of the Air," and the "God of This Age," out of the Heavenlies; of his imprisonment in the "Bottomless Pit" for 1000 years; and his final casting into the Lake of Fire. While Satan hates all Scripture in general, he hates the books of Genesis and Revelation in particular. Therefore he attacks the authenticity of Genesis, and seeks to have Revelation neglected.

The Book is not only a "Prophetic" book, it is a "SYMBOLIC" book, that is, it is written largely in "symbolic" language, that is the meaning of the statement in the Title--"He sent and 'SIGNIFIED' it by His Angel unto His Servant John." The word "signified" means given in "signs" and "symbols" and should be pronounced "SIGN´-IFIED." There are more "signs" and "symbols" in the Book of Revelation than in any other book in the Bible, but they are either explained there or in some other part of the Scriptures. No one can understand the Book of Revelation who does not understand the Book of Daniel. The Prophet Daniel was told to "seal up" the words of his prophecy until the "Time of the End," not the "end of time," but the end of the "Times of the Gentiles." Dan. 12:4, 9. But the writer of the Book of Revelation was told to "seal NOT" the sayings of the Book, for the TIME IS AT HAND. Rev. 22:10.

The symbolism of the Book of Revelation shows that it was written for a "special class," for those who are acquainted with the "Word of God," and who have "spiritual discernment," and not for the carnally minded reader. "The secret things belong unto the Lord our God, but those things which are REVEALED belong unto us and our children forever." Deu. 29:29. The Book of Revelation was written to reveal or disclose the purpose of God as to the earth and the nations, and we are not prying into God's secrets when we read and study it. It being the last prophecy, we naturally would expect it to sum up all previous prophecy, and as all previous prophecy had to do with the CHURCH, ISRAEL, and THE NATIONS, so we should expect this last prophecy to give us the final word as to them; and that is what it does. We find the CHURCH in the beginning, ISRAEL in the middle, and the saved NATIONS at the end. These three are also seen in the construction of the Holy City, New Jerusalem; where we have the CHURCH in the Foundation, represented by the names of the Twelve Apostles, and ISRAEL in the Gates, with the names of the Twelve Tribes of Israel written over them, and the saved NATIONS in the Streets, where they walk in the light of the City's Glory. 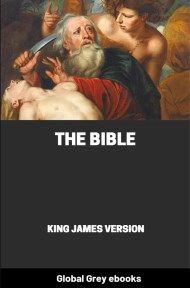 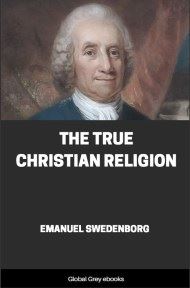 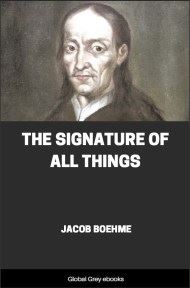 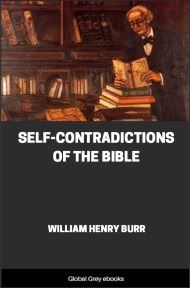 Self-Contradictions of the Bible