The Backwash of War 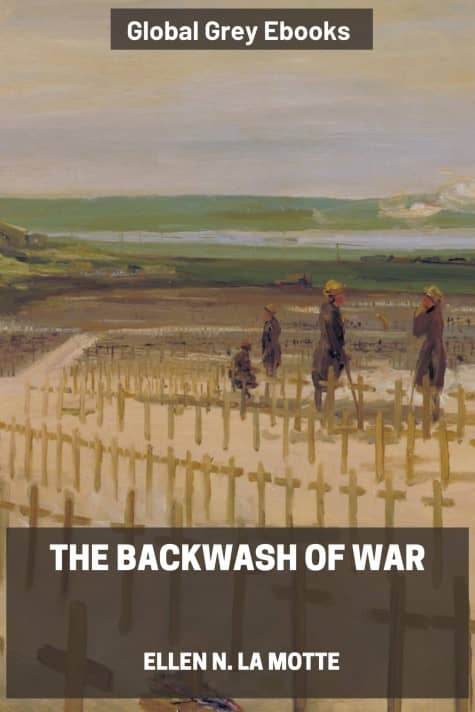 The Backwash of War is a book by American nurse and author Ellen N. La Motte, that was first published in 1916. The book chronicles La Motte's experiences whilst working in a French field hospital as a nurse during World War I. The diary she kept was published in vignettes in Atlantic Monthly and then published in book form. Philosophical and poignant, La Motte writes with a bluntness and cyncicism that lays bare the horrors that the soldiers went through, and the doctors and nurses had to deal with. Some of the events are written about with a well deserved sardonic tone - such as the man who tried to kill himself and...'Since he had failed-in the job, his life must be saved, he must be nursed back to health, until he was well enough to be stood up against a wall and shot.'

The brutal imagery she described did not go down well with the American government however, and the book was banned by 1917 - not being republished again until 1934.

Production notes: This ebook of The Backwash of War was published by Global Grey on the 16th December 2021. The artwork used for the cover is 'The Cemetery, Etaples, 1919' by John Lavery.