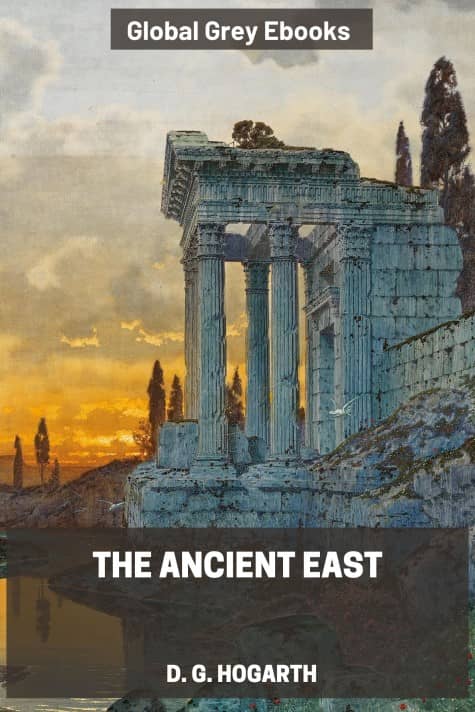 The Ancient East is a book by British archaeologist David George Hogarth, first published in 1914. The book covers the history of Babylonia and the surrounding areas from 1000 B.C. to 400 B.C. Civilisations covered in the book include the Assyrians, the Asiatic empire of Egypt, the Hatti, Mesopotamia, Chaldea, Syria, the Empire of Sargon, and more. It also has a chapter on the victory of the West, which includes Alexander's conquest of the East. Simple and readable, no footnotes, written in clear language, it goes into considerable detail for such a short book.

This book has 67 pages in the PDF version, and was originally published in 1914.

Production notes: This ebook of The Ancient East was published by Global Grey on the 8th May 2018, and updated on the 9th October 2022. The artwork used for the cover is 'Southern View with Ruins of an Ancient Temple' by Ferdinand Knab. 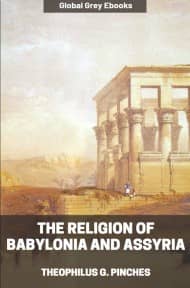 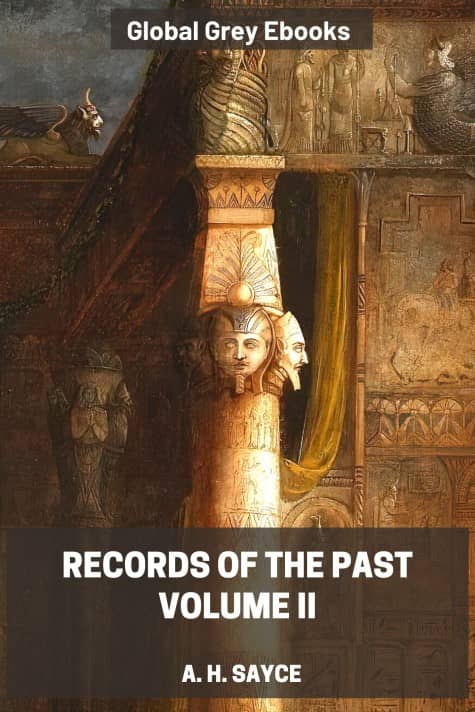 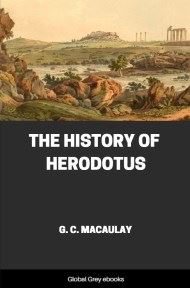 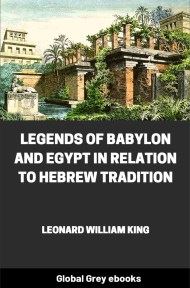 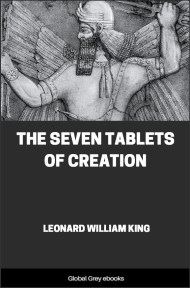 The Seven Tablets of Creation