This is Volume VIII from the Echoes of the Gnosis series. The Chaldaean Oracles have survived as fragmentary texts from the 2nd century AD, and consist mainly of Hellenistic commentary on a single mystery-poem that was believed to have originated in Chaldea (Babylonia). The origins of the texts are unknown and mysterious. Some have claimed that the Chaldaean Oracles, in the form in which they survive, were attributed to Julian the Theurgist and his father, Julian the Chaldaean.

Last week, around 34,000 people downloaded books from my site - 9 people gave donations. These books can take me from 2 to 10 hours to create. I want to keep them free, but need some support to be able to do so. If you can, please make a small donation using the PayPal or Stripe button below (average donation is £2.50). You can also support the site by buying a collection, such as the Mysticism and Secret Societies one, with 80 ebooks for only £5.00 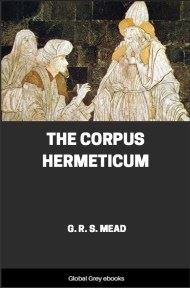